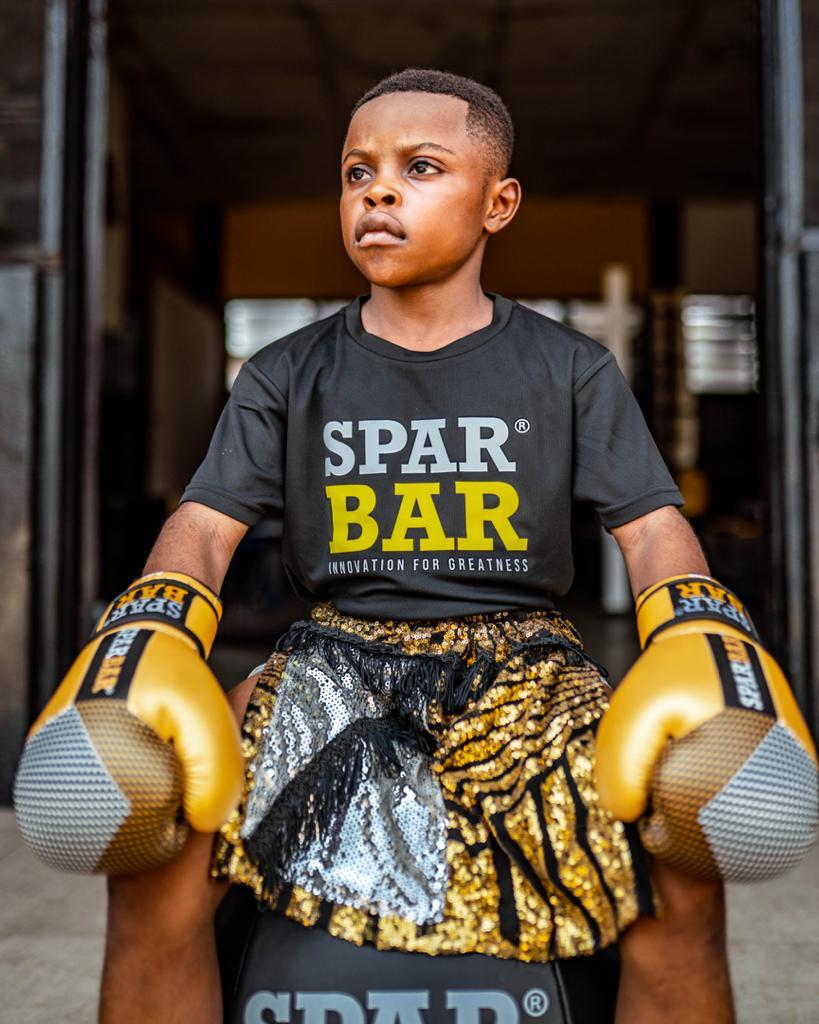 Ghanaian boxing prodigy Prince ‘The Buzz’ Larbie has been making waves wherever he goes dominating the Ghanaian juvenile boxing scene with an impressive record of 28 unbeaten.

This has seen the 7-year-old speedily climb the stairs of fame and recognition not just locally but internationally as well, with many tipping the young star to be a future world champion.

One of these individuals who see the potential in “The Buzz” is the Atlantic City Boxing Hall of Fame who have invited the young Prince to their 5th Annual Induction Ceremony to be held at the Hard Rock Hotel & Casino in Atlantic City, USA from 20th to 22nd August 2021.

The event will see the highly-rated youngster who is known for throwing about one hundred and fifty (150) punches in one (1) minute meet legends such as Roy Jones Jr. [66-9, 47 KOs] among many others;

Prince ‘ The Buzz’ Larbie with his dad and trainer, Daniel Larbie

Prince “The Buzz” Larbie who was born in Accra, Ghana started boxing at the age of 3. The youngster would then catch global attention after defeating his elder brother in a boxing ring in a fierce battle that came off on Saturday, 9th November 2019 at the Jollof Rave in Accra.

Larbie currently dominates juvenile boxing in Ghana and is so far unbeaten in the 28 bouts he has taken part in and his father and trainer Daniel Larbie is hopeful that Prince would make an Olympic Games appearance by age 14 before turning professional by 17 years.