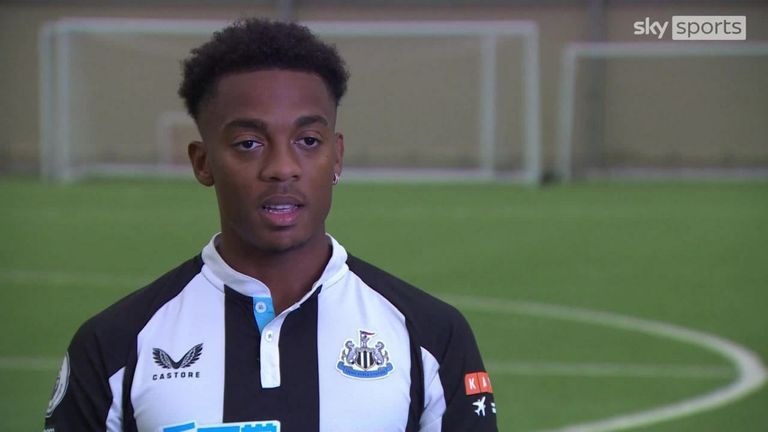 Newcastle have signed midfielder Joe Willock from Arsenal for £25m on a six-year deal.

The midfielder completed a medical at Newcastle’s training ground on Friday morning but he has not been registered in time to face West Ham in Sunday’s Premier League opener.

Willock has been Newcastle’s primary target all window following a successful Sloan spell in the second half of last season.

The 21-year-old scored eight goals in 14 appearances and set a new record by becoming the youngest player to score in seven consecutive games.

Discussing his return to Newcastle on a permanent basis, Willock said: “There is no better club for me at the moment to come to and make that step than Newcastle.

“He [Steve Bruce] called me a lot, he was filling me with loads of confidence and just speaking to me on a level that I like to speak on.

“He’s a very nice man, a very trustworthy man. He is someone I trust a lot and I feel like that was a big part of why I came here as well.”

Newcastle boss Bruce had made no secret of his desire to see Willock return to the club this summer, and said last month they would “keep badgering away” to secure his signing.

Bruce said: “We have had to be patient and persistent, but it has been worth the wait to bring Joe back.

“I want to thank Lee Charnley in particular for the work he has put in to make the deal happen. The club have gone above and beyond to make it possible.

“Joe is a wonderful young player with all the attributes you want in a midfielder, and he certainly proved that during his time with us last season.

“This is a move I know our supporters really wanted us to make, and I know they will join me in giving Joe a very warm welcome back to St James’ Park.”

Willock said he was “buzzing” to be returning to Newcastle and will be in contention for their trip to Aston Villa on August 21.

“I loved my time here last season and I’m really happy to be back and to be a Newcastle United player,” he added.

“Leaving Arsenal is obviously a big step, and I’d like to thank everyone involved with the club for all their support over the years, but this is the right move to the right club at the right time for me.

“I only got one chance to play in front of a smaller number of Newcastle fans as a home player last season, so I can’t wait to step out in front of a packed St James’ Park and experience that atmosphere.”