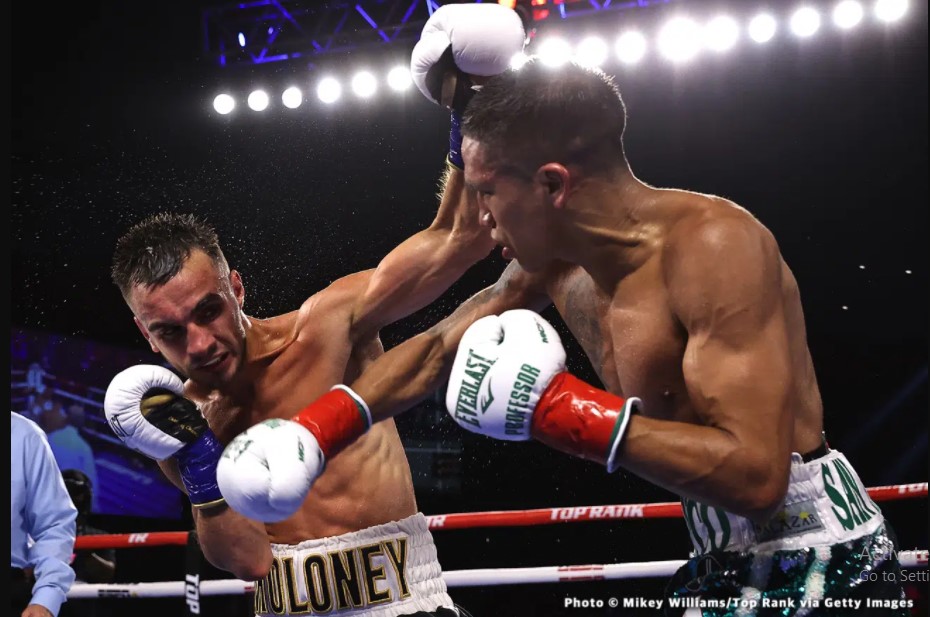 Franco fought intelligently and regularly beat Moloney to the punch during a 12-round bout he won by unanimous decision to retain his WBA world super flyweight title. San Antonio’s Franco defeated Australia’s Moloney on points for the second time in 13½ months and decisively settled the controversy that lingered in the ninth months since their immediate rematch resulted in an infamous no-contest.

When the final bell sounded, a confident Franco raised his arms triumphantly and jumped on a middle rope. He had just won another round in a fight within which Franco obviously would’ve had to have been knocked out to lose.

A left uppercut by Franco backed up Moloney with 35 seconds to go in the 11th round. Franco controlled the action again in that 11th round and seemingly widened his lead on the scorecards.

A right-left combination by Franco backed Moloney into the ropes with just under two minutes on the clock in the 10th round. A counter left from Franco landed with about 45 seconds remaining in the 10th round.

Reiss scored a knockdown for Moloney with 1:39 to go in the seventh round. An instant replay review after the round quickly determined, however, that Franco fell toward the canvas and used his left glove to keep from going down on his own after Moloney missed with a right hand.

Moloney initiated several clinches during the middle minute of the sixth round. Franco nailed Moloney with a left hook that landed with just under 30 seconds to go in the sixth round.

Moloney’s right hand landed with just under 55 seconds on the clock in the fifth round.

Moloney’s right hand knocked Franco off balance about a minute into the third round. Franco connected with a left hand at the same time Moloney landed a left with a minute remaining in the third round.

Moloney opened up on Franco in the middle minute of the second round, when he landed hard shots to Franco’s head and body. Moloney also landed a right uppercut as they worked inside with just under a minute left in the second round.

A right-left combination by Franco landed with approximately 15 seconds on the clock in the second round.

Franco caught Moloney with a right hand that made Moloney hold him with about 15 seconds to go in the first round. Before Franco’s round-defining punch landed, they mostly traded jab during the opening round.

Franco narrowly beat Moloney by unanimous decision in their fantastic first fight – a 12-rounder in June 2020 at MGM Grand Conference Center in Las Vegas. He scored a knockdown in the 11th round and overcame Moloney by scores of 115-112, 114-113 and 114-113.

A determined Moloney got off to a strong start in their immediate rematch November 2014, only to settle for a controversial no-contest.

Their scheduled 12-round rematch ended in the second round because severe swelling prevented Franco from continuing.

Moloney’s team argued that damage was initiated by one of his punches in the first round. Referee Russell Mora ruled, though, that the swelling started as the result of a clash of heads during the first round.

A ridiculously lengthy replay review at ringside by the Nevada State Athletic Commission confirmed Mora’s call, which rendered their fight a no-contest. Moloney’s team filed a protest, but the result was upheld.