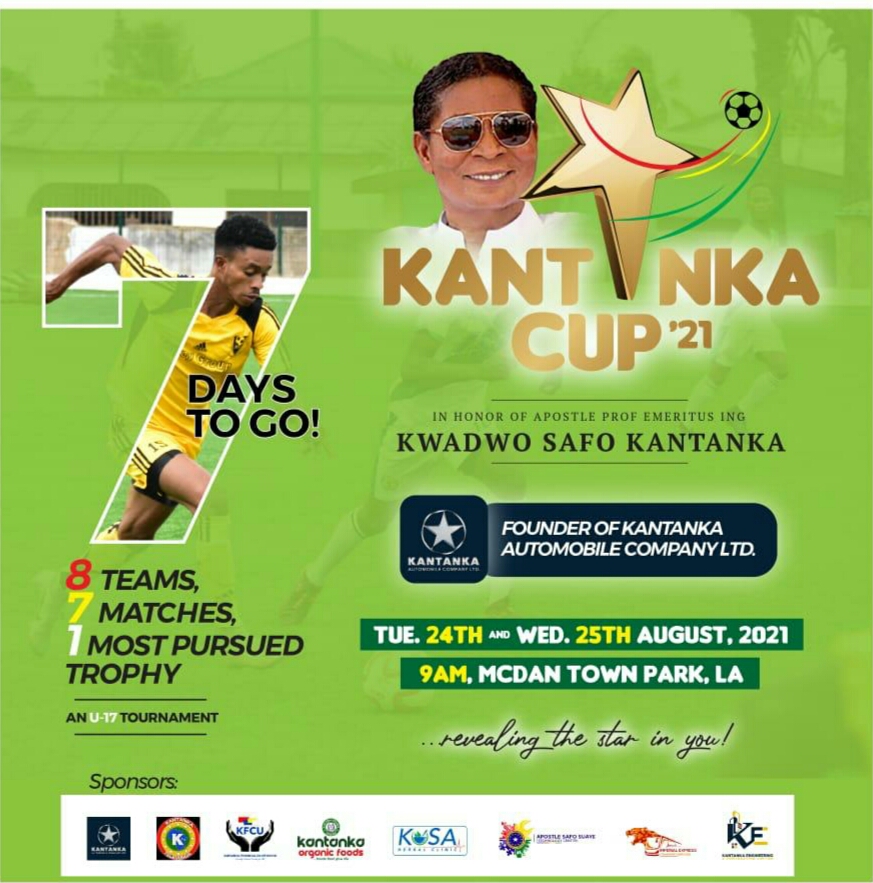 A special football tournament for eight selected juvenile clubs across the country will be held in August to honour the founder of the Kristo Asafo Mission of Ghana (KAMOG), Apostle Kwadwo Safo Kantanka.

The two-day tournament designed for Under-17 teams is dubbed “The Kantanka Cup” and it will be held at the McDan Park, La, in Accra from August 24-25, 2021.

The eight selected teams will compete for a trophy, medals as well as cash prizes.

A statement issued by the organisers said the tournament will recognise “the great exploits in the religious and scientific field by Apostle Prof Emeritus Ing. Kwadwo Safo Kantanka, as he celebrates his birthday”.

“The tournament will also be used to honour the numerous achievements of the great leader, who has been father, mentor, teacher and an inspiration to the youth and the nation as a whole,” the statement continued.

The teams will be grouped into two groups of four for an all-play-all session, after which the two top winners will advance to the semi-finals of the tournament.

Apostle Kantanka, has over the years established himself as a well-known preacher, inventor, innovator, Physicist, Chemist, Biologist, agriculturalist and philanthropist.

Nicknamed ‘The Star of Africa”, he is also the founder of the Great KOSA network of companies and the Chairman of the Kantanka Group of Companies.