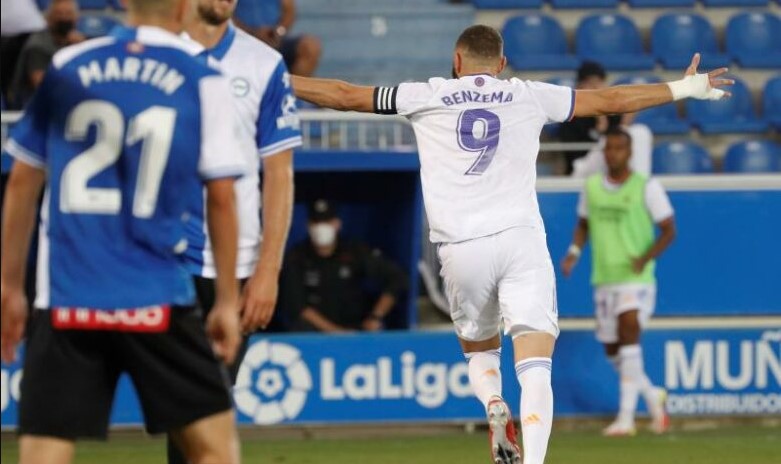 Real Madrid exploded for three goals in 15 minutes Saturday in a 4-1 victory over Deportivo Alaves in the 2021-2022 LaLiga opener.

The sides were level on 0-0 after a dull first half in front of just under 4,000 spectators at Vitoria’s Mendizorroza stadium, but Karim Benzema broke the deadlock just three minutes into the second period.

Eden Hazard got the ball in the box and he relayed it to the French striker, whose volley blew past Alaves goalkeeper Fernando Pacheco.

Nacho Fernandez extended the lead in the 56th minute, lunging to bundle in a cross from Luka Modric.

As the match entered the final third, Fede Valverde raced into the penalty area unmolested before passing to Benzema for the shot. Pacheco made the initial stop, but the Real Madrid captain knocked in the rebound to make it 3-0.

Alaves clawed back a goal in the 65th minute when Joselu converted a penalty award for a foul by Blancos keeper Thibaut Courtois against John Guidetti.

That would prove to be the beginning and end of the hosts’ comeback and sub Vinicius Jr. added a fourth goal for Real Madrid in stoppage time.