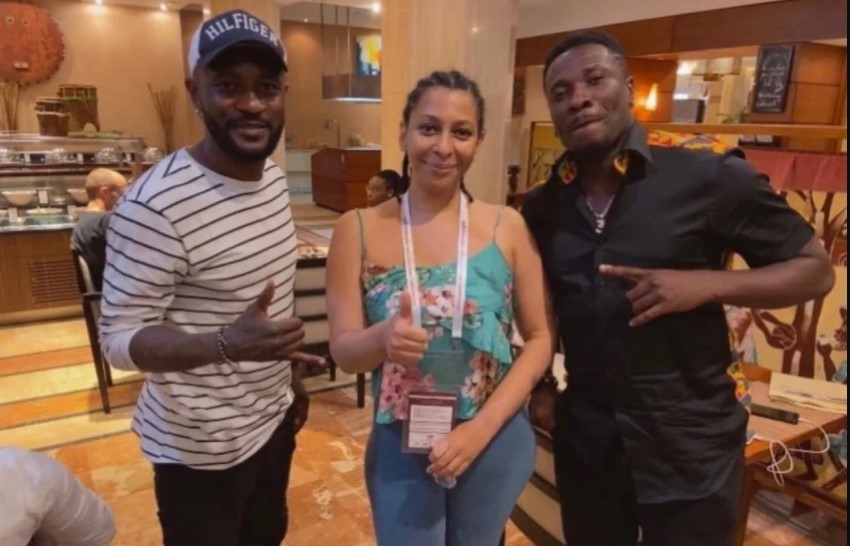 Gyan (right) in pose with former Ivory Coast star, Didier Zokora and a friend in Yaounde

The ex-Black Stars captain will be joined by other African legends as the 24 qualified teams will be drawn into groups.

Out of seven Africa Cup of Nations tournaments he played in, Gyan scored in six (6) of them- a record he holds alongside Cameroonian legend Samuel Eto’o and Zambian Kalusha Bwalya.

The former Sunderland and Al Ain striker has been invited by the Confederation of African Football (Caf).

The qualified teams will be allocated into four pots of six each, based on their FIFA world ranking.

Based on this ranking, the top four teams will be allocated to Pot One along with the hosts, and title holders Algeria.

The remaining 18 teams will be allocated to the three remaining pots according to their ranking in descending order.

The opening match and final will be played at the newly built Olembe Stadium in Yaoundé which has a capacity of 60,000.

Other venues are Douala, Bafoussam, Garoua and Limbe.