Raphael Varane: 'The five United Legends I look up to' 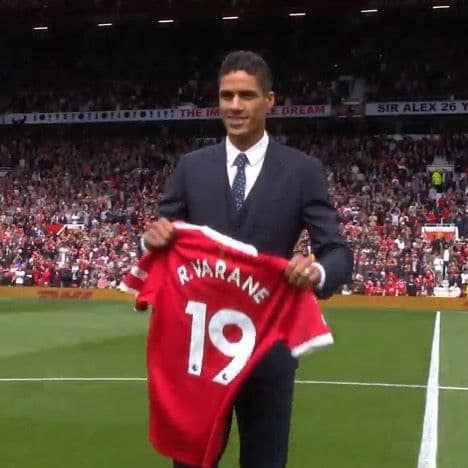 Now, following our massive transfer announcement, the world-class defender is officially a Red and he can’t wait to get started as part of Ole Gunnar Solskjaer’s young, improving squad.

Varane was paraded in front of our fans at Old Trafford on Saturday while holding his new no.19 shirt and his appearance preceded a sensational 5-1 Premier League win over Leeds United.

After an electrifying afternoon at the Theatre of Dreams, Raphael went to Carrington to start work and to also conduct his official signing interview, which you can watch and read in full now.

Among the many topics that are discussed, the World Cup winner speaks about the former United players he has always admired and they include two men who became icons of his position.

“Of course, Vidic and Ferdinand were legends and a legendary duo, you know,” points out Varane, expressing his respect for our colossal former centre-back partners, Nemanja and Rio.

Casting his attention to more attack-minded Reds, Raphael continues: “I remember players like Cristiano, Giggs and Beckham also. They are legends and I’m very proud to be part of this family.”

Cristiano Ronaldo was of course a team-mate during those famous ties in Madrid and Manchester.

As you may know, the walls of Carrington are decorated with iconic images of our legendary former players and particularly in the gym, where our new no.19 was conducting his interview.

Who knows, perhaps the Frenchman will be added to that hall of fame in the future.