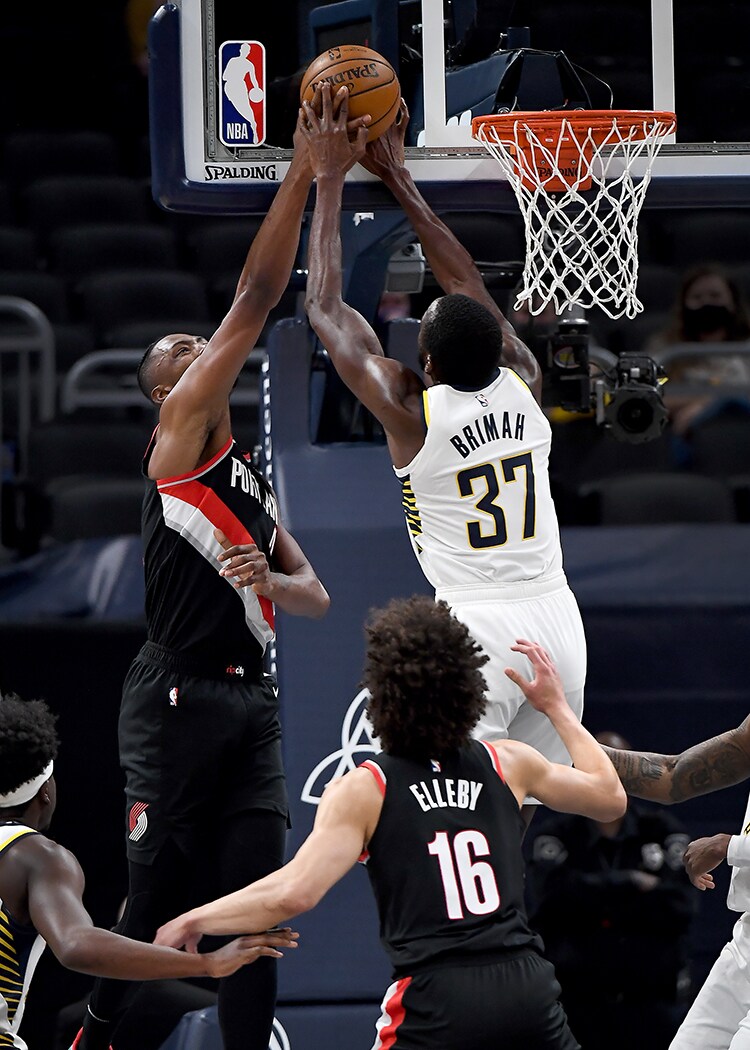 The 27 year old defender made three blocks in Indiana Pacers 74-65 win over Washington Wizards in Las Vegas; the win is Pacers third win in five games played in the preseason tournament.

Brimah played 12 minutes off the bench and recorded six rebounds, three blocks, an assist, a steal and two points in the contest.

Amida converted one of just two shot attempts via a dunk in the third quarter to give Indiana a 50-39 lead with 1:32 minutes remaining on the clock.

2021 NBA Draft first round pick Isaiah Jackson recorded the most blocks in the game with seven in 20:54 minutes as the starting Center.

Brimah had a slow start to life in this year’s Summer League but picked up for minutes and overall production later on in the nine day tournament.

The former University of Connecticut player competed in four of five Summer League games for Indiana missing one game to a “Rest Day”. He made his NBA debut last season.