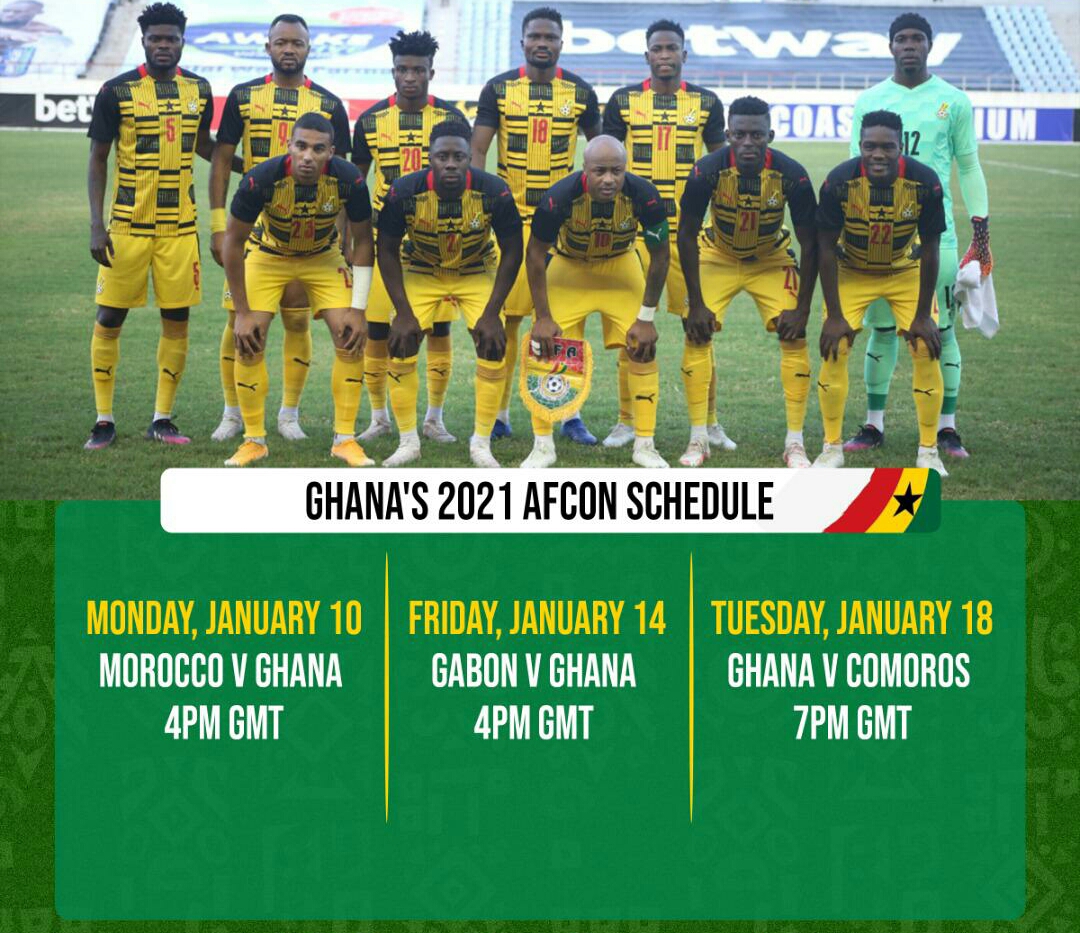 Ghana has been drawn in Group C for the 2021 Africa Cup of Nations(AFCON) to be staged in Cameroon.

The Black Stars has been paired with familiar foes, Morocco, Comoros, and Gabon.

The tournament will be staged between January 9, and February 6, 2022 in six venues in five cities.

Ghana begin their campaign against the Atlas Lions on Monday January 10, take on Gabon in their second group game four days later on Friday 14 January before rounding up the first round against minnows Comoros on Tuesday 18 January, 2022.

The 4-time champions were in the same group with Morocco during the 2008 competition which was staged in Ghana, beating the Atlas Lions 2-0 at the Accra sports stadium.

Comoros on the other hand was an opponent during the second round of the 2018 FIFA World Cup qualifiers, when the Ghana national team drew the first leg 0-0 before defeating them 2-0 in the second leg in November 2015 courtesy of goals from Wakaso and Jordan Ayew.

Ghana defeated Gabon 4-0 on aggregate in June 2008 during the 2010 World Cup qualifiers, winning the double legged tie 2-0 each.

Defending champions, Algeria will open their title defence against Sierra Leone, while host nation, Cameroon will on January 9, 2022, play 2013 finalist Burkina Faso in the opening game of competition.