Manny Pacquaio warns Yordenis Ugas: I will knock you out and take my belt 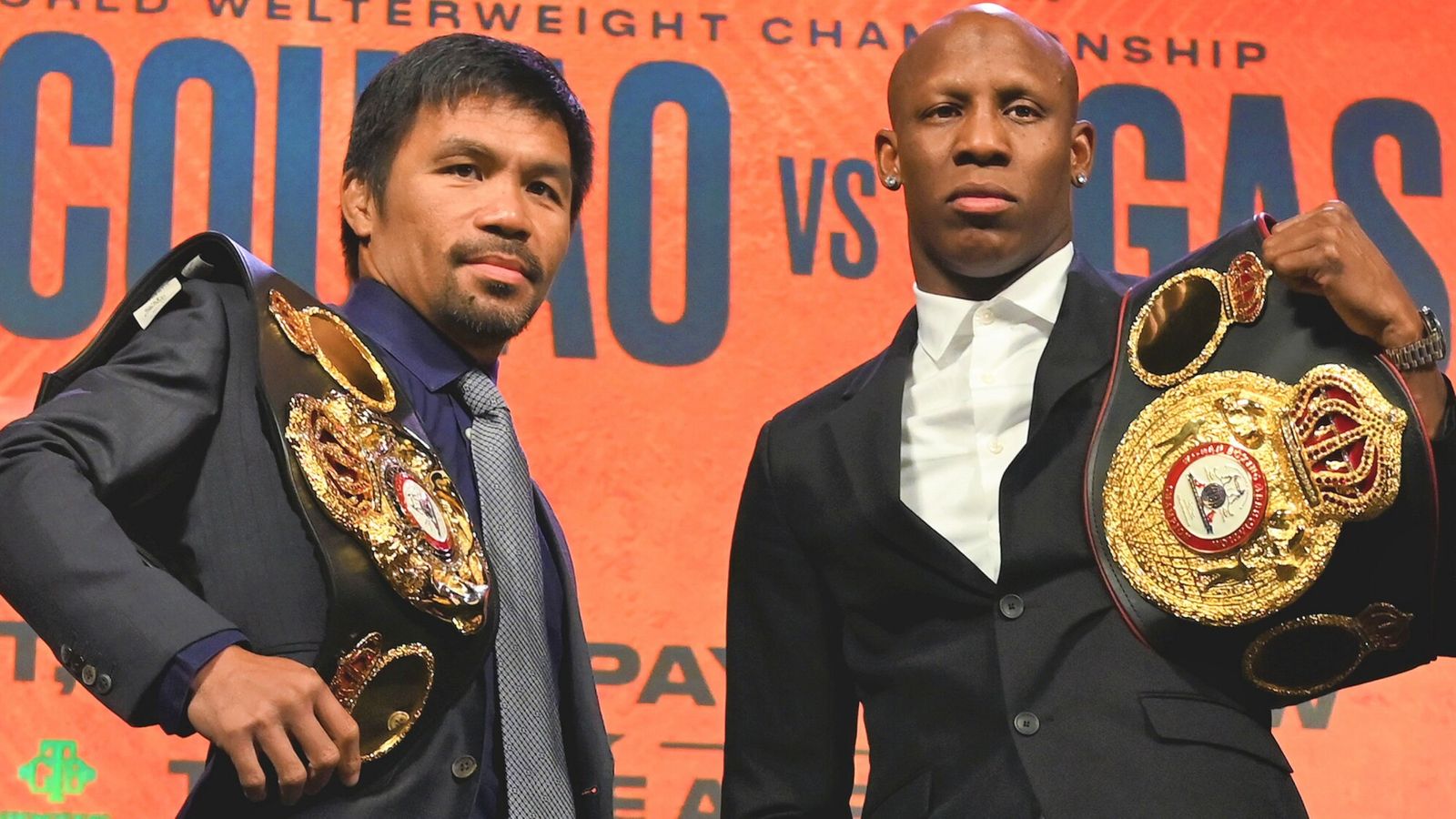 Manny Pacquiao has warned Yordenis Ugas that he wants to deliver a ruthless knockout as he believes the Cuban ‘took my belt’ ahead of Saturday’s world title fight.

Pacquiao had claimed the same WBA title with a points win over Keith Thurman in 2019, but the governing body stripped him of the belt due to inactivity and elevated Ugas to ‘super’ champion.

“I didn’t like that someone took my belt without challenging me in the ring,” said Pacquiao at the final press conference.

“Both of us are champions, but we’ll see who has the belt after Saturday.”

At the age of 42, Pacquiao has revealed that his preparations have been more intense than for his last fight, and plans to inflict an explosive defeat on Ugas.

“I feel young right now,” said Pacquiao. “I’m just happy with what I’m doing, because boxing is my passion.

“I enjoy training camp and I’m excited to sacrifice and be disciplined every day to prepare for a fight like this.

“For the Keith Thurman fight I would do about 25 rounds a day, and now for this fight I’m doing 30 or more rounds a day. The coaches have had to try to stop me because I want to keep going.

“If there’s a chance for a knockout, then I’ll go for it because that’s what I want to give to the fans.

“I’m not underestimating Ugas though. He has a lot of experience in boxing and fought in the Olympics. I know I have to be very good to win this fight.”

Ugas insists that Pacquiao is not capable of forcing a stoppage, but the Cuban believes he can instead send the eight-weight world champion into retirement.

“I’m certain that he cannot knock me out,” said Ugas.

“I’ve done all the preparation over these past six years to get in this position, I’ve hit my stride and I just don’t believe I can be stopped by Manny.

“I have prepared for 12 hard rounds. If this is Pacquiao’s final fight, then he’s going to be up against a guy who brought his best and who is a world-class fighter.”