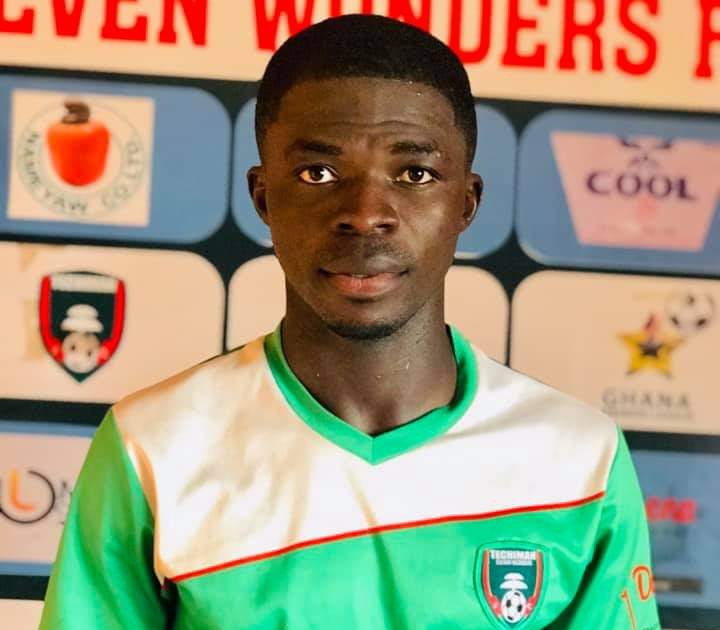 The highly talented midfielder has emerged top on Medeama wishlist and the club is close to landing his signature with talks advanced.

It is believed that newly appointed Medeama coach Ignatius Fosu is keen on bringing Amankwah who he worked with at Eleven Wonders to bolster Medeama midfield.

Amankwah was consistent for Eleven Wonders in the just ended season and he was linked to numerous clubs including Legon Cities.

And despite boasting of top midfielders such as Justice Blay, Richard Boadu and Rashid Nortey, sources reveal that Medeama Sporting Club are close to landing the signature of Frank Amankwah who is also determined to reunite with former coach Ignatius Fosu.

According to the source, Coach Ignatius Fosu recommended Amankwah to the top hierarchy at Medeama who were also impressed with the enormous qualities he possesses as a midfielder.

Frank Amankwah joined Wonders from fellow top-flight side, Karela United prior to the start of the league season and really established himself as one of the key players for the Techiman-based club.