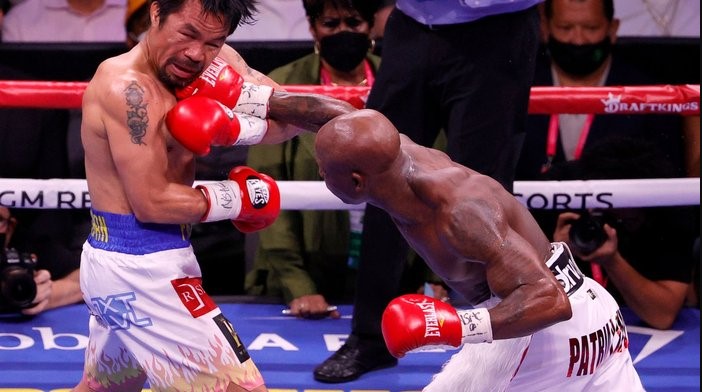 Yordenis Ugas seized the chance of a lifetime and defeated Manny Pacquiao` via unanimous decision to retain his WBA world welterweight title in Las Vegas.

Ugas took the fight on just 11 days’ notice after Pacquiao’s original opponent, Errol Spence Jr, was forced to withdraw due to an eye injury.

The Cuban, who was a highly decorated amateur but had previously fallen short against elite opponents as a professional, used his superior size and strength to great effect, neutralising Pacquiao’s famous speed, and landed the most telling shots throughout.

For Pacquaio, this was the night when age finally caught up to him. At 42 years old, he still held his own in a close contest but, after two years out the ring, was clearly rustier and struggled to hurt his opponent.

The only boxer to win world titles in four different decades, the Filipino is now eyeing a potential presidential campaign next May and he admitted that his legendary career may finally be reaching its end.

“I don’t know ( if I’ll fight again),” he said in the ring immediately afterwards. “Let me relax and think about it.”