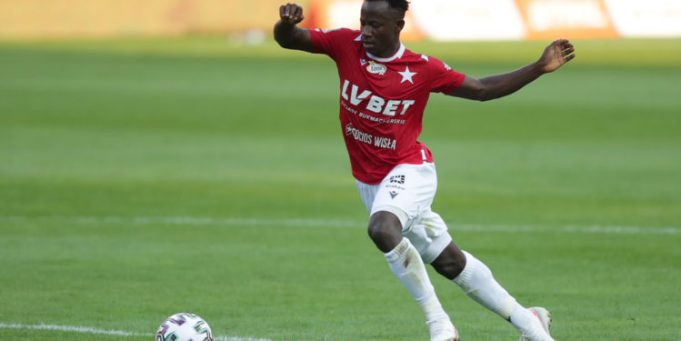 Ghanaian winger Yaw Yeboah was on the score sheet for Wisła Kraków in the 3-1 comfortable away victory at Gornik Leczna.

Felicio Forbes made it 3-0 before the home grabbed a consolation goal for the encounter to finish 3-1.

The former Ghana U-23 captain controlled a long ball inside the box skipped a couple of challenges before slotting home.

Yaw Yeboah was substituted after 78th minute when the win was almost secured.

He has now scored three goals in six league games this season.