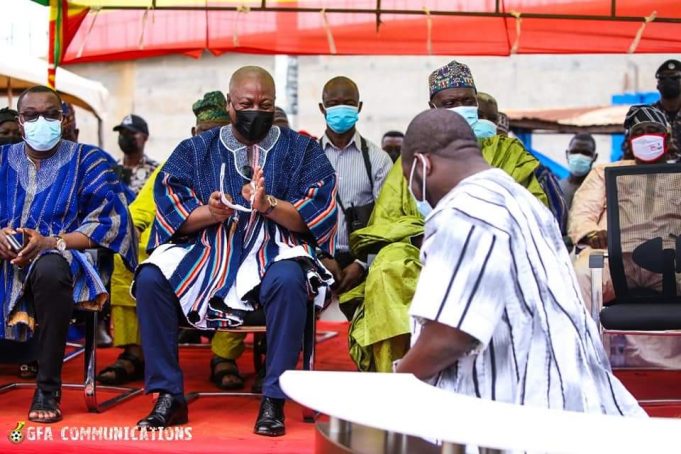 Former President of the Republic of Ghana John Dramani Mahama, together with the Minister of Youth and Sports Hon. Mustapha Ussif and the President of the Ghana football Association Kurt E.S. Okraku were, on Sunday, joined by other top personalities to grace the final funeral rites of the late Jones Alhassan Abu.

The event which took place in Tamale was also heavily attended by the football family including leadership of the Ghana League Clubs Association (GHALCA) and other former leaders of the Ghana FA.

Former Chairman of the FA Alhaji MND Jawula was also in attendance as well as other former Executive Committee member so the GFA.

Jones, who was the school mate of Ghana’s former President John Mahama is remembered for the influential role he played in the lives of several young men in Tamale.

He’s also remembered for his immense contribution to the development of football in Ghana, haven’t served as a football administrator and lawmaker for over three decades.

He served in various capacities in football administration from OGLA through to GHALCA to the GFA.

Until his death, he was a member of the Black Stars management committee and also served on the Division One League Board.