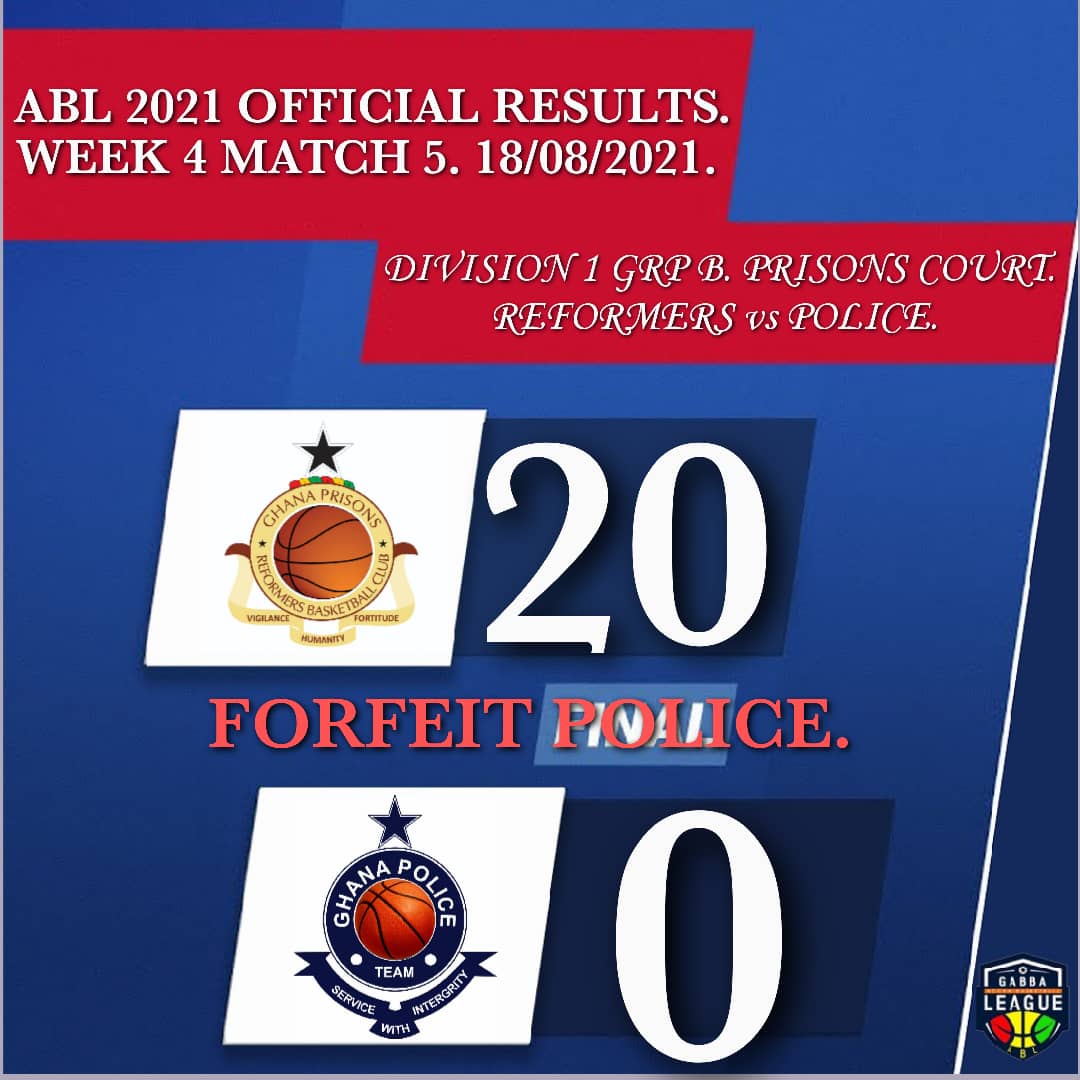 Ghana Police Service Men’s Basketball Team has lost its protest against playing an overtime game against Reformers of Prisons.

The ruling was officially communicated by the Accra Basketball League (ABL) Board on Monday, a little under a week after the protest was officially lodged.

Police protested the league’s decision to fulfill a Men’s Division I ABL game against Reformers played on Wednesday, August 18 in overtime citing Article 8 of the FIBA Rules on determining games played in a round robin league format and those played in a ”Home and Away” format.

The ruling by the ABL Board means Police have lost the contest via forfeiture with a 20 point deficit to Reformers of Prisons for failing to honour the game during the overtime period.

Police and Prisons played out an exciting contest at the Prisons Court in Cantonments in Accra and the game ended timed at 72 at the end of regulation time.

Below is the full detailed ruling on the protest: