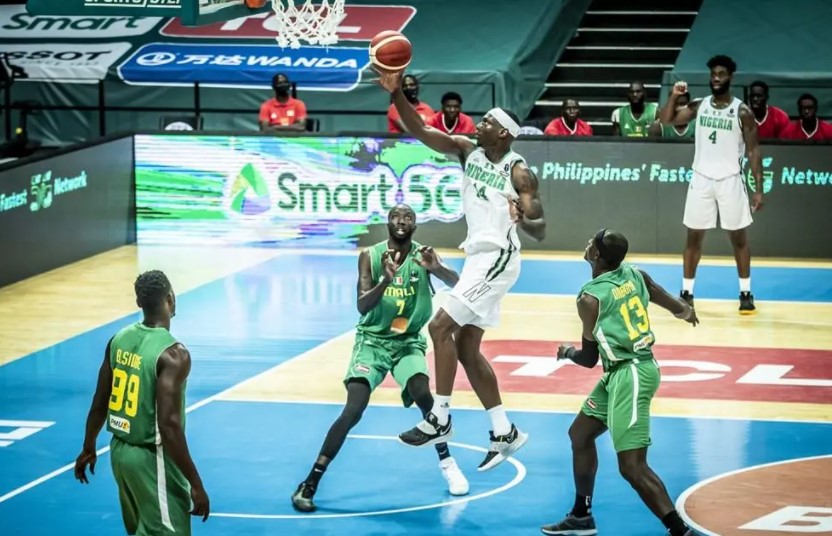 Day two of FIBA AfroBasket 2021 was highlighted by a 38-point blowout victory and a forfeit in Group D.

The Group D game between Cameroon and South Sudan was declared a forfeit in South Sudan’s favor due to COVID-19 health and safety protocols for Cameroon.

The game was awarded to South Sudan with a score of 20-0 and Cameroon will receive zero classification points.

Two other players and a training staff member then tested positive for COVID-19.

The situation will continue to be monitored going forward.

In the first game of the day from Group C, Nigeria took down Mali 81-73.

It’s only one game, but Senegal looked like a real championship contender, as they led by as many as 45.

Senegal had strong backcourt play, as Brancou Badio (six assists) and naturalized player Pierria Henry (eight assists) combined for 14 assists, almost as many as Uganda had as a team (17).

Uganda dealt with foul trouble early with key players Ish Wainright and Deng Geu both picking up three fouls in the first half.

Kenya is in their first AfroBasket since 1993.

The score doesn’t truly indicate how close the game was, as Kenya trailed 71-65 with less than five minutes to play.

They were then outscored 17-5 to close out the game.

Kenya was led by Tylor Ongwae with 25 points, six rebounds and four assists, and was the team’s only scorer in double figures.

Next games for Group C: Kenya vs. Nigeria and Mali vs. Cote d’Ivoire on Aug. 27.

Next games for Group D: Uganda vs. Cameroon and South Sudan vs. Senegal on Aug. 27.