Who are the Top-5 performers at AfroBasket 2021 so far? 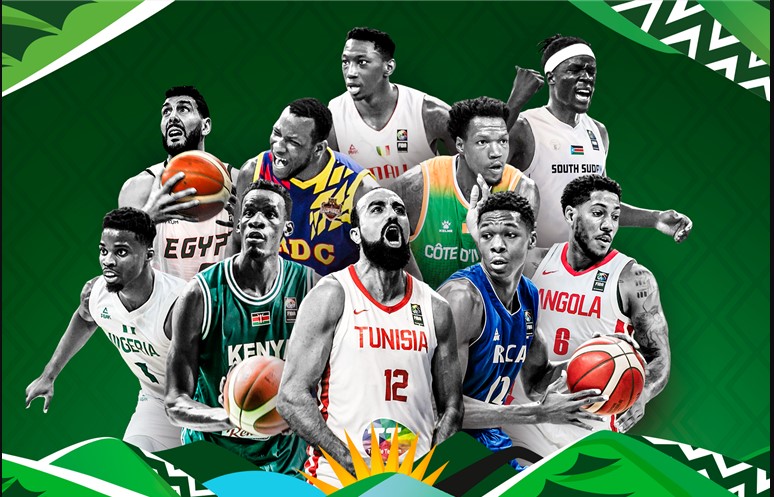 It is no longer news that the 30th edition of Africa’s flagship tournament has gotten underway at the Kigali Arena in Rwanda with sixteen top nations battling for glory as the continental body celebrate a milestone of reaching sixty years since the first jump-ball was administered in Cairo, Egypt.

And here we present to you five players who stood out for their nations as the championship enters Day-3 in no particular order.

Safe for Cameroon who have not tasted action in the two-day old competition, but sure to bounce back others have with the unexpected happening on few occasion

Senegal point guard, Brancou Badio, the most effective point guard seen so far in the seven games played over two days, was instrumental to the five-time Africa champion triumph over Uganda in a Group D tie Wednesday night.

The 22-year-old did not leave anyone in doubt as to his prowess in marshalling the back court of the Lions as they rallied to an 88-70 points victory to open their Group Phase games account here in Kigali.

In his debut with the Senegalese jersey, Badio, who plays for FC Barcelona in Spain’s ACB League, finished with a  5-of-10 shooting, including three three-pointers, en route to 17 points, 6 rebounds, 6 assists and 3 steals for the Lions.

Welcome to the party, young fella!

Walter ‘Edy’ Tavares, another Spain-based professional player, proved too hot for the most capped nation when it comes to the AfroBasket formerly known as the African Championship, Angola.

The 2.21m (7ft 3in) center made a loud statement that his size and experience are not in doubt when he led Cape Verde to a 77-71 overtime win over Angola in both sides’ Group A opener.

Tavares went on to record 20 points, 18 rebounds, 3 steals and a massive 6 blocks with an efficiency rating of 39.

Another player whose experience proved vital for his country is Salah Mejri of Tunisia in Group B as the two-time AfroBasket winner thumbed Guinea by 82-46 points – the second highest margin win by any team in the competition so far.

Mejri, whose interest is to see his country go far in the competition, had 17 points and 3 rebounds with 24 efficiency rating.

Although Tunisia have won two AfroBasket titles, the former Dallas Mavericks’ center, who scooped the AfroBasket 2011 MVP award, is chasing his second title after sitting out the 2017 edition of the tournament held in his country.

William Robeyn’s work ethic was all host Rwanda relied upon to ease past the Democratic Republic of Congo Tuesday night as they open their Group A account.

The Belgium-based shooting guard proved his worth with 23 points, 3 rebounds, 2 assists, 4 steals and rating of 24 as Rwanda posted a hard-earned win 82-68 victory.

Robeyns couldn’t have had a better debut for hosts Rwanda.

And the man who completed our first rating of the star-studded 30th AfroBasket here in Kigali is Cote D’Ivoire dependable center, Matt Costello, a former NBA player with the San Antonio Spurs.

The 2.08cm (6ft 10in) center’s ability to shot the from behind the arch is a big plus for his and country.

Costello was pivotal in Cote d’Ivoire’s 88-70 win over Kenya.

Just like Badio and Robeyns, Costello is making is making AfroBasket debut in Kigali.