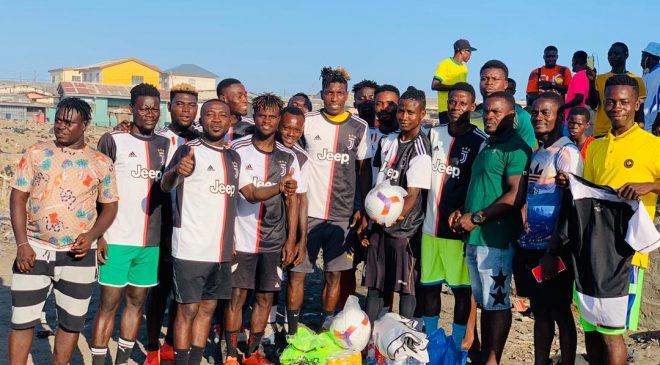 The midfielder who enjoyed a stellar season with the Phobians where he won the league and Fa Cup engaged in this heartwarming exercise to bless the Osu Children’s Home.

Afutu whose football roots can be traced to Mamprobi also made a stop at his former club Peseverance FC.

The midfielder also extended his act of charity to the Colts football club where he began his football career in Mamprobi donating some footballing equipments to the current team.

It was all smiles and joy from players of Perseverance FC as they were blessed to have the midfield star make some donations to the team.

Afutu is currently a free agent following the expiration of his contract at Hearts of Oak.