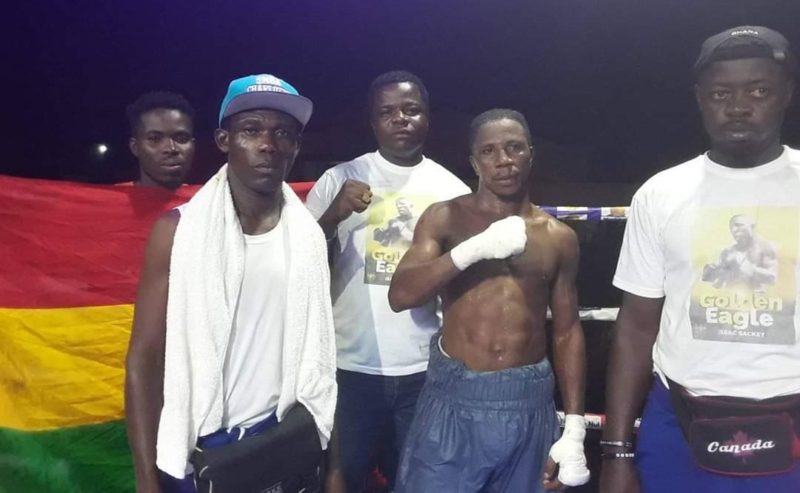 The bout is scheduled to take place in Nur-Sultan, Kazakhstan, and will provide the Ghanaian an opportunity to get closer to a world championship bout.

According to a matchmaker of the bout, Michael Quartey, the Ghanaian boxer and his manager have signed an agreement to honour the fight as scheduled.

He explained that the bout was originally fixed for August but was postponed by the promoters to offer fighters ample time to prepare for the September 21 clash.

“Everything is set now for Sackey to prepare adequately for the bout after signing the contract with his manager,” Quartey told the Graphic Sports.

Sackey will be making his ring return for the first time in six months after his unanimous points victory over Gabriel Odoi Laryea in Accra last March.

The 25-year-old needs a win to continue his quest for a world title opportunity in the future as he looks to record a fourth straight win in the ring.

Meanwhile, Pavlov is looking forward to stopping Sackey in his fifth professional bout on home soil.