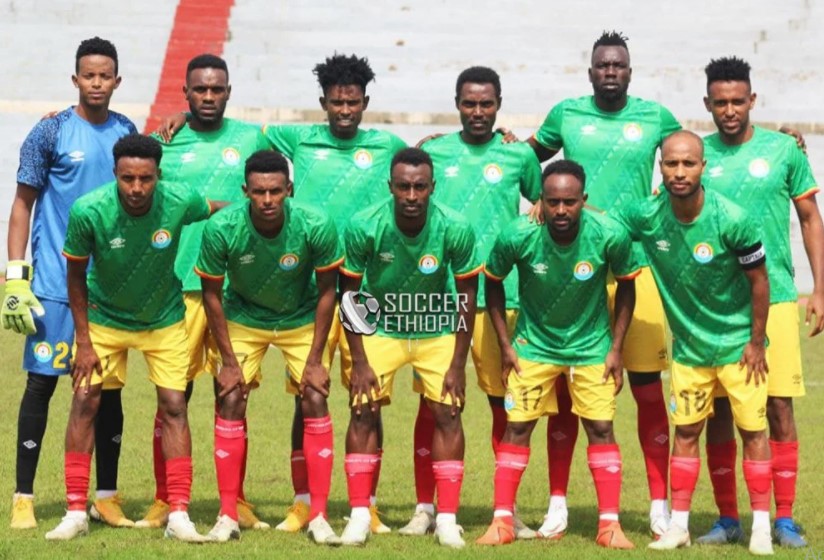 Ethiopia ahead of their 2022 FIFA World Cup qualifying match against Ghana beat Uganda in an international friendly at the Bahir Dar International Stadium.

The Walia Ibex recorded a 2-1 victory over the Cranes in an entertaining fixture on Sunday.

Top marksman Abubeker Nassir opened the scoring of the match in the 11th minute after being set up by experienced Shimelis Bekele.

Nassir was top scorer of the Ethiopian Premier League last term where he scored 29 goals in 23 games and continued his lethal form in Sunday’s game.

The Walia Ibex doubled their advantage nine minutes after the break through midfielder Abel Yalew from the edge of the box.

The Ugandans got themselves back in the game two minutes later with a strike from Yunus Junior Ssentanmu but it was little too late for them to draw level.

Ethiopia rested nine players in this game after they were held to a scoreless stalemate by Sierra Leone four days ago at the same venue in another friendly.

They take on the Black Stars at the Cape Coast stadium in the opening fixture of the World Cup qualifications on Friday 3 September 2021.

The Walia Ibex will then host Zimbabwe at the Bahir Dar International Stadium in their game three days later.