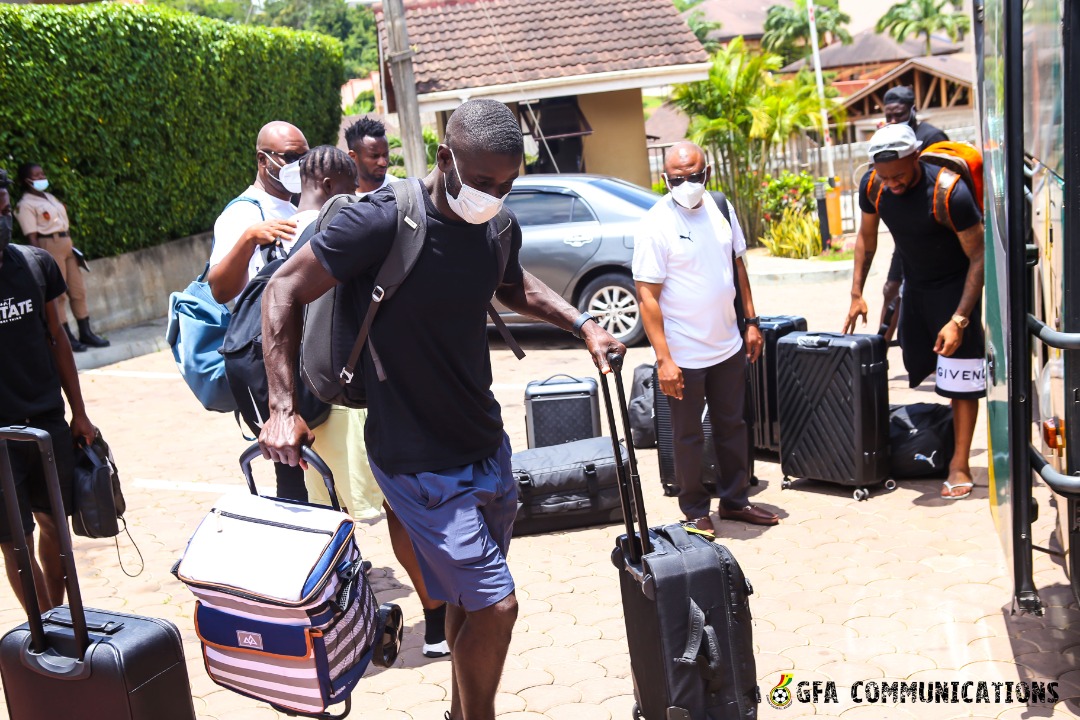 The senior national team, Black Stars have arrived in the Central Regional capital, Cape Coast to round off preparations for Friday’s 2022 FIFA World Cup qualifier against Ethiopia.

The Black Stars began training in Accra on Monday with 13 players Coach Akonnor is confident of getting a full house of 32 players in Cape Coast as Ghana chase a 4th successful qualification in 5 World Cups having previously never appeared on the global stage.

Ghana are battling Ethiopia of course as well as South Africa and Zimbabwe for Group G’s sole ticket to the final round of Africa’s qualifiers to Qatar 2022.

The Zimbabweans host South Africa’s Bafana Bafana on Thursday in the group’s opening game whilst the Black Stars travel to Johannesburg to face South Africa next Monday.

The team will train at the Cape Coast stadium at 5pm on Tuesday afternoon.

Below are some photos from their arrival in Cape Coast: