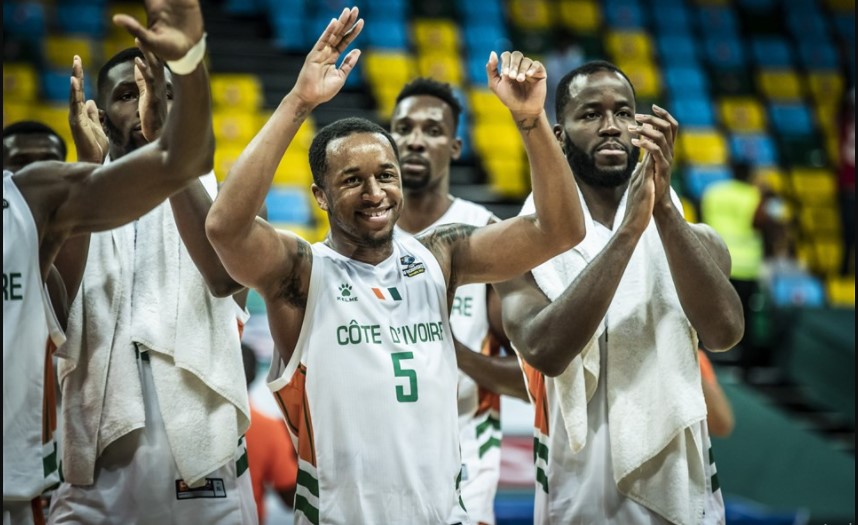 Senegal and Cote d’Ivoire on Wednesday became the first two teams to advance to the FIBA AfroBasket 2021 Semi-Finals.

It was Senegal’s third straight AfroBasket win against Angola, having beaten the eleven-time African champions in the Group Phase of the 2015 edition of the tournament before eliminating Angola in the Quarter-Finals of the AfroBasket 2017  in Tunisia.

With the win, Senegal remained undefeated in four games in the tournament while Angola return home with a 2-3 mark.

Carlos Morais was 6-for-11 from behind the arc

Former AfroBasket MVP Carlos Morais had a performance for the ages, coming off the bench to keep his team in contention against a Senegalese side that look as real title contenders.

Morais scored 18 of his game-high 28 points from behind the arc; he contributed six rebounds before picking an unsportsmanlike foul (his fifth) in a moment of desperation when Angola turned the ball over with eight seconds remaining while trailing 76-74.

Brancou Badio converted one of the two Free-Throws to put Senegal up by three points. Badio was fouled again before deciding the final score (79-74) from the charity stripe.

Badio scored nine of his team-best 14 points from the Free-Throw line; Mamadou Faye, Gorgui Dieng and Ibrahima Faye combined for 36 points for Senegal.

Former AfroBasket MVP, now serving as Senegal head coach, Boniface Ndong later admitted that “It was a tough game, the only good thing is that we came up on top, but it was pretty close.

“It was a weird game. We didn’t find our identity and our rhythm; It’s a question I have been asking my coaching team and players why we didn’t have energy; why we didn’t run; maybe Angola prepared the game in a good way. It’s a combination of things that I think, watching the game I will learn from it.”

“We are still not satisfied. We know we still have a lot of work to do,” added Senegal point guard Henry Pierria, who contributed six points and a gam-high nine assists.

Senegal will face Cote d’Ivoire, another former African champions, in the Semi-Finals on Saturday, September 4.

In the second Quarter-Final of the day, the ‘Elephants’ of Cote d’Ivoire destroyed Guinea 98-50 to return to the Last Four Round of the tournament for the first time since they finished runners-up to Angola in 2009 in Tripoli, Libya.

Abdoulaye Sy – the Guinean to score in double digits – finished with 13 in a game that bthe Ivorians established a FIBA AfroBasket 2021 record for most assists in a single game: They had 31 successful passes.

Cote d’Ivoire, who their group at 3-0, have improved their mark to 4-0, a similar record to their next opponents, Senegal.

Guinea return home with a 2-3 mark.