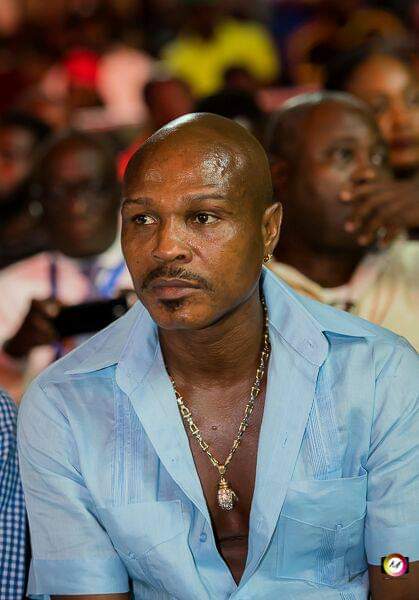 Former WBA welterweight champion Ike ‘Bazooka’ Quartey says he is convinced that Tokyo Olympics medallist, Samuel Takyi, is ripe for a professional boxing but says any career decision to remain in the amateur ranks or to turn professional should be a personal choice left to the boxer to make.

Two weeks ago, Quartey told the Graphic Sports that it was time for Ghana’s sole medallist at the just-ended Olympics to join the paid ranks and work his way up towards a world title in future. However, in what look like a u-turn, Quartey says his advice on Takyi’s career path is moot following what appears to be indecision by the young boxer.

He says Takyi — who Ghana’s first boxing medal at the Olympics since the 1972 Games in Munich — needs some time for reflection and must be left alone to think through his decisions.

“It is up to him, if he wants to turn professional or still remain an amateur. It is only him who can decide that; I can’t make that decision for him,” Quartey told the Graphic Sports in an exclusive interview in Accra last Friday.

Quartey, who was obviously unhappy about the youngster’s sudden u-turn to remain an amateur, having stated in media interviews last week that he was done with fighting in the amateur ranks, wondered how many more years Takyi needed to fight at the amateur level before turning professional.

“I was 18 years when I went to the Olympics; then after I turned professional and won my first world title at 24, so it is his choice to make,” recalled 51-year-old Quartey who quit amateur boxing after participating in the 1988 Olympics in Seoul and made his professional debut against Mama Mohammed in Accra, a day short of his 19th birthday.

Quartey disagreed with suggestions that 20-year-old Takyi — secured an Olympic bronze at his first major international competition — needed to compete in other major events such as the 2022 Commonwealth Games in Birmingham and the 2023 Africa Games in Ghana for more experience before turning professional. For him, the youngster delivered at the highest stage of amateur boxing and therefore had nothing more to prove.

“I have competed in the World Championships, Africa Games and Commonwealth, and can you tell me if any of them compares to the Olympics?
“So if you have snatched a medal at the ultimate, why bother with the other competitions?”