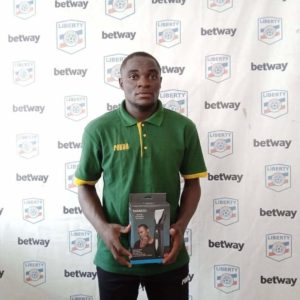 Ashgold SC stormed the camp of Mysterious Ebusua Dwarfs to snatch two stars from the camp of the crabs.

The Miners endured a nightmare end to the 2020/21 domestic season despite playing in the MTN FA cup and have since intensified their preparations for the upcoming season.

Versatile duo of Micheal Ohene Asamoah and Dennis Nkrumah Korsah both completed their paper work with the Miners after undergoing the mandatory medicals.

We can report that Micheal Spanish inked a three year deal with the 1997 CAF Champions League Finalist after series of negotiations.

The pair will be officially unveiled in the coming weeks as the Miners fine tune their playing squad for the 2021/22 football season.