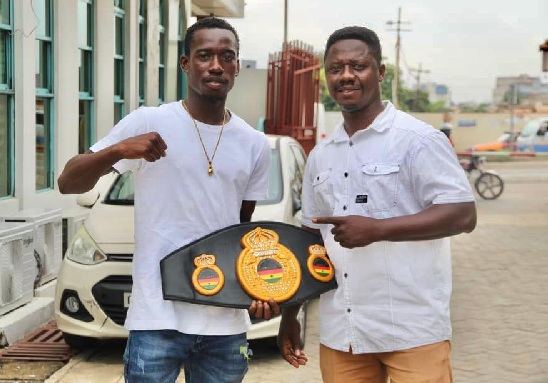 Coach Lokko believes regular bouts will keep the youngster in shape for a world title challenge in the near future.

Undefeated Laryea (9-0-1), who has already fought twice this year, is emerging as the nation’s best kept secret in the featherweight division.

“I want him to have two more fights, and he is likely to fight before the end of the year. I don’t want any rest for him; he must always be kept busy,” Coach Lokko told Graphic Sports in an interview in Accra.

Laryea, who hails from Bukom, last fought and defeated Namibian Sebastianus Natanael via a technical knockout at the Bukom Boxing Arena on July 30 for the World Boxing Organisation (WBO) Africa featherweight title.

Before that, he had technically knocked out his compatriot, Kamarudeen Boyefio, on June 3 at the Arena to win the vacant national featherweight title.

“Laryea is the future of Ghana boxing and a world title hopeful. I know he will make this nation proud one day,” he assured.

“Too many things are getting into his head. He must remain focused and not vacillate. I feel for him but in all things he must be responsible for himself because the buck stops with him so he must be focused and take the best decision,“ he explained.

He charged him to remain at the amateur level and gain the needed experience to ensure a successful professional career.