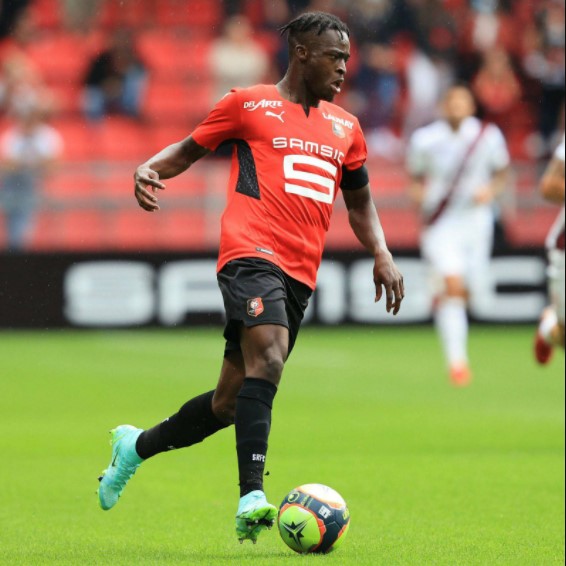 The 19-year-old has made a return to international duty for Ghana’s 2022 World Cup qualifiers which begins with a home fixture against Ethiopia on Friday.

It is his second time with the Black Stars since joining up for two friendlies, against Mali and Qatar last year.

“I expect him to modestly get into the team. He’s a kid that has not had the opportunity of transiting from youth team to the other,” Dramani, who worked with Kamaldeen during their time together at Danish Superliga outfit Nordsjaelland, told Citi TV

“His first call-up was straight into the friendly against Mali in Turkey. So a person of that kind doesn’t know the culture of the Black Stars.

“But I know that Dede Ayew and the others will take care of him. He needs to be integrated and then adapt into the team.”

Dramani also shared his thoughts on the rocky relationship between former club Asante Kotoko and present head coach Mariano Barreto who recently publicly took a swipe at the ‘bad’ nature of the side’s management.

“I don’t know what the exact issue is, but it is not the best to wash your dirty linen in public. Some of these things have to be dealt with within the organization,” Dramani stated.

“It is not possible to find just any individual by the way side and bring him into an organisation. Due diligence is always done before hiring an individual. He [Barreto] should’ve been aware of the situation at Kotoko before he took the job.

“When such utterances are made it asks serious questions about the future of the head coach.

“Does he [Barreto] want to leave, or he wants things to be fixed? But the bottom line is it shouldn’t have been public because it looks bad on the club.”

fter lighting up the Danish league, Kamaldeen became the subject of transfer speculation, owing to reported interest from the likes of Manchester United, Liverpool, Ajax and Rennes.

Ultimately, he settled for the Ligue 1 side, for whom he signed a five-year deal in July.

After Friday’s clash with Ethiopia, Ghana will make their way to Johannesburg for a matchday two showdown with South Africa at the FNB Stadium on Monday.