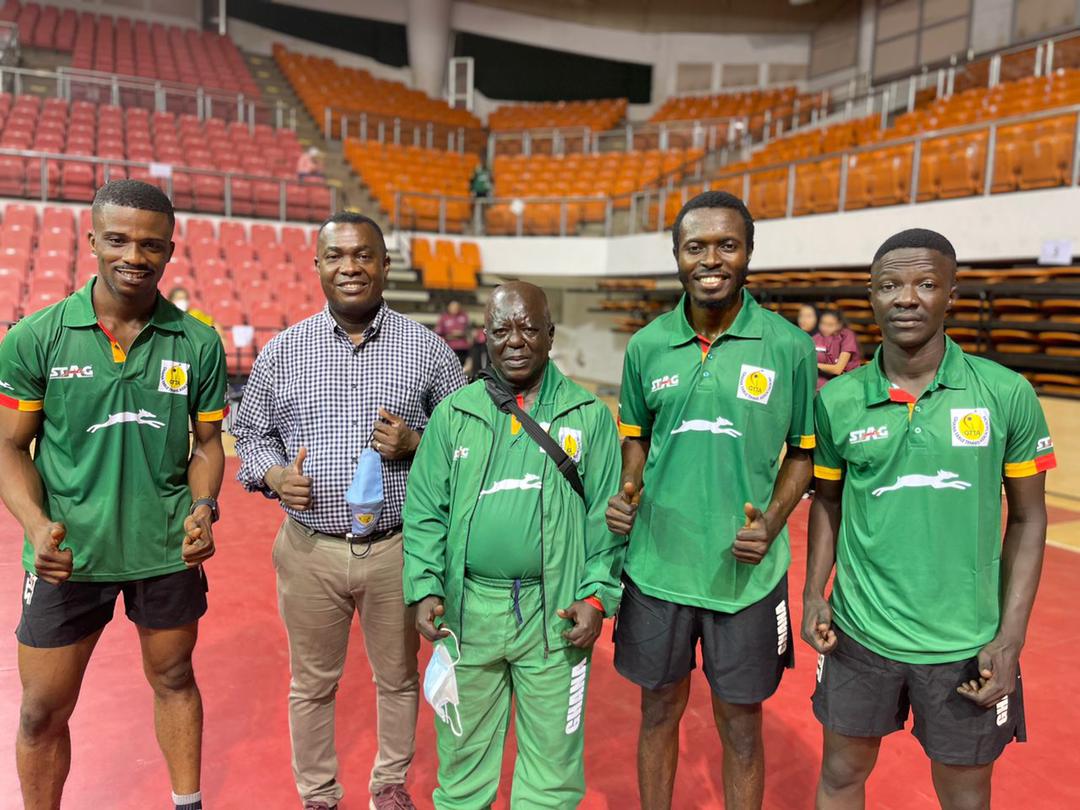 Ghana’s senior national table tennis team, the Black Loopers have qualified to the quarterfinals of the men’s team event at the on-going 2021 ITTF African championships in Yaoundé, Cameroon after beating Kenya 3-1 in their second match of the day.

Team captain, Derek Abrefa won two matches, a 3-0 win against Kennedy Kojal and another 3-0 against Kenyan number one, Brian Mutua to help the team to progress.

Emmanuel Asante’s 3-2 win against Josiah Wandera augmented that of Abrefa, after Emmanuel Ofori had lost his encounter against Brian Mutua.

Having arrived a day earlier, with no time to acclimatize to the environment and tables, the team put up a spirited effort as they lost their first encounter by 0-3 to Egypt.

Ghana will be playing against tough opponents Algeria for a spot in the semi-finals later Thursday.

Ghana’s male team are made up of Derek Abrefa, Emmanuel Asante, Emmanuel Ofori and Emmanuel Commey.

The female team are represented by Cynthia Kwabi, and coached by Anthony Owusu Ansah.

This is the first time Ghana is playing in the African championships since 2008.