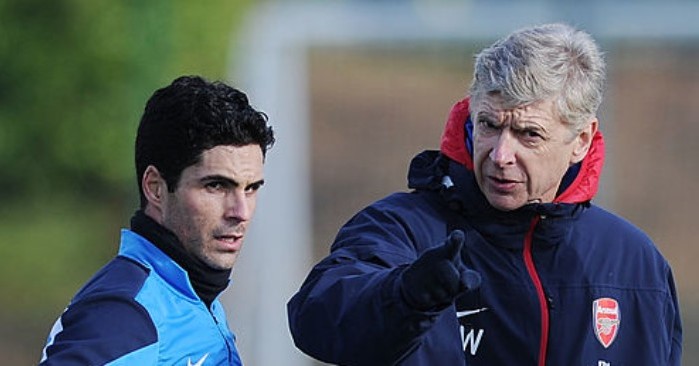 Arsene Wenger has offered a somewhat positive outlook on Arsenal despite their current slump and insists he has no plans to return to the club as manager.

The Frenchman remains the club’s most successful boss ever following his decorated 22-year spell in charge, which ended in 2018.

Since then, his successor Unai Emery has been sacked, while Mikel Arteta continues to struggle after overseeing Arsenal’s lowest league finishes since 1995 over the past two seasons.

Pressure is now mounting on Arteta after three defeats in the Gunners’ opening three Premier League fixtures, including a demoralising 5-0 thrashing at Manchester City last Saturday.

Arsene Wenger has backed Arsenal to turn their season around

Yet asked his thoughts on the prospect of returning to help out his old club, Wenger – who now works as FIFA’s chief of global football development – feels Arsenal have got things covered without him.

“I’m 71. I’ve given this club the best years of my life,” he told BILD Live. “Today the club is in good shape. They had two tough games, the team has potential and I hope they can come back. At the moment I’m just a fan.”

Many thought Wenger would eventually take on a role within Arsenal’s hierarchy once he finally stepped out of the dugout, but a toxic attitude among sections of the club’s fans towards the end of his tenure made it difficult for him to stay involved.

Arsenal instead appointed one of his former players, Edu, as technical director, while another, Arteta, was later handed the manager’s job.

hings haven’t exactly gone to plan in the interim, with Arteta’s FA Cup triumph in his first eight months of the job one of the only positives from his difficult reign thus far.

Former Arsenal legend Paul Merson now believes the Spaniard has just weeks to turn things round or he could find himself axed.

“Mikel Arteta will have til the October international,” Merson said on Sky Sports. “If they haven’t done anything by then he will be under pressure.

“ Chelsea, Man City would I expect Arsenal to beat them? No. Is there a way to get beat by them? Yes, and the Man City game wasn’t good.”