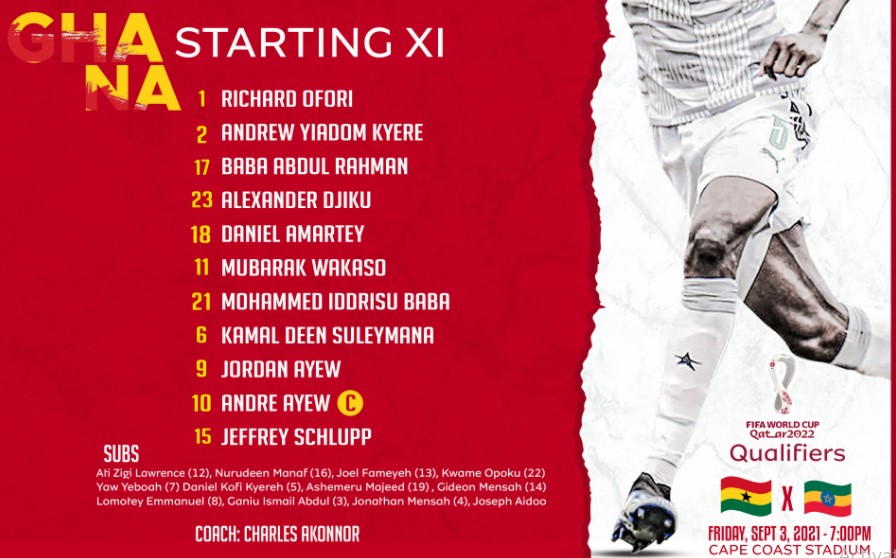 Akonnor has opted for Jordan Ayew to lead the Black Stars’ attack in a 4-4-2 formation which has his elder brother Andre Ayew playing right behind him.

Stade de Rennais offensive midfielder Kamaldeen Sulemana starts from the flanks along with Crystal Palace’s Jeffrey Schlupp who was not initially part of the Ghana squad.

Leicester City’s Daniel Amartey who is will not be travelling with the team on Saturday night to South Africa starts in central defence with Strasbourg’s Alexander Djiku.

Baba Rahman together with his new club teammate Andy Kyere Yiadom complete the back four.

With Arsenal’s Thomas Partey missing due to injury Wakaso Mubarak has slotted into defence midfield playing along with Real Mallorca’s Baba Iddrisu Mohammed.