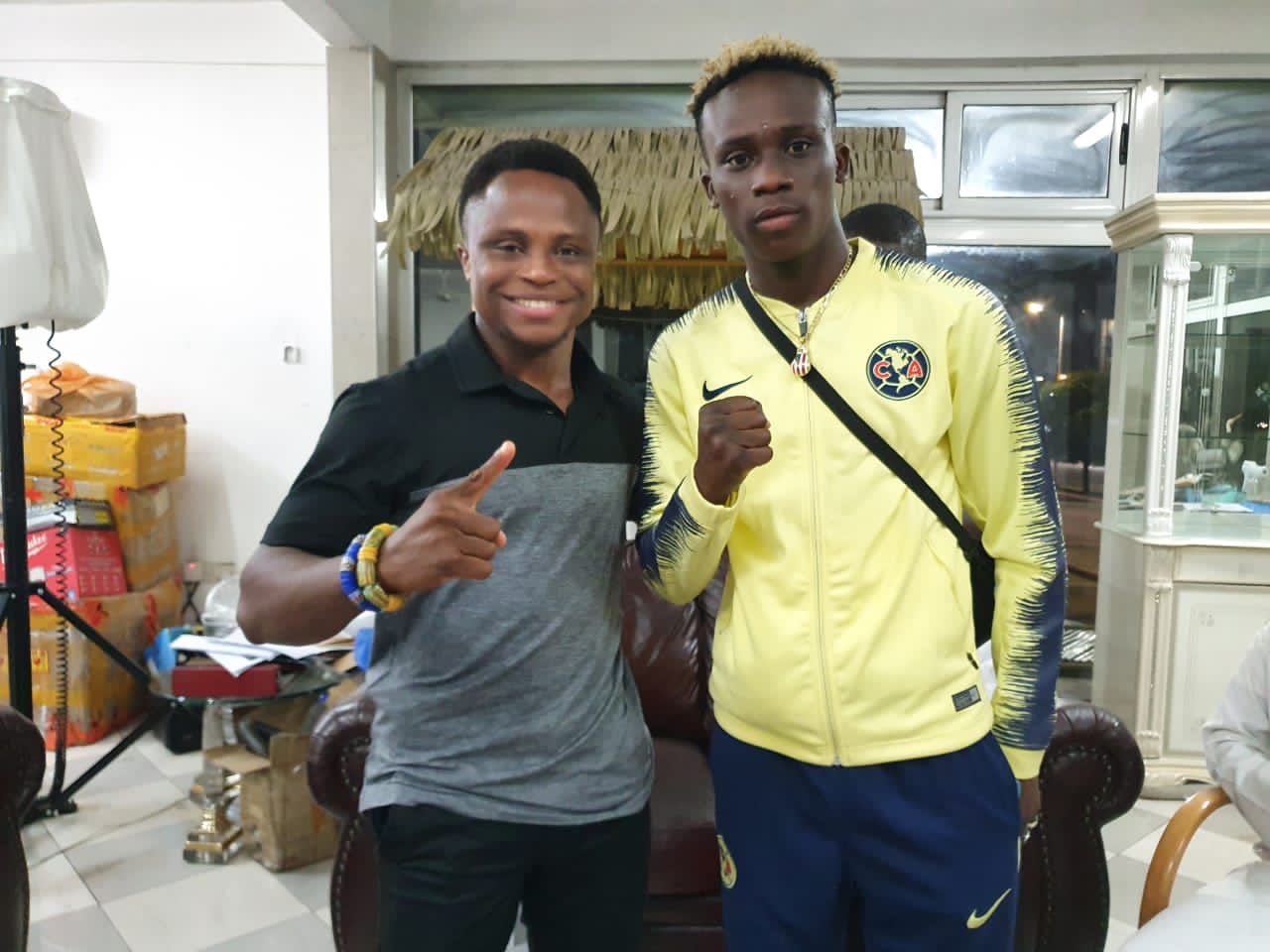 The now 26 year old Dogboe equally urged the duo of Black Bombers captain, Sulemanu Tetteh and Shakul Samed to not feel too disappointed that they couldn’t win a medal in Tokyo.

“Takyi you are a champion, this is your first campaign and you proved that it can be done. As the only boxer from Africa to win a medal and Ghana’s first in many years, you did extremely well and we are all very proud of you,” Dogboe said.

“You are mentor now, many will be looking up to you so you have a big responsibility. Thanks so much for your performance, congratulations again and well done,” the current NABF featherweight champion added.

In the same vein, Isaac Dogboe encouraged both of Tetteh and Samed who along with Takyi formed Ghana’s 3-man boxing team at the Olympic Games, competing for glory in flyweight and light heavyweight respectively, albeit without success.

“And you Sulemanu, I know the enormous pressure and expectations that as captain you had to win a medal and you may be disappointed you couldn’t do it but if it was easy everybody will be there. You should be proud of yourself, you are a 2-time Olympian, how many people can say that?” 26 year old Dogboe said of Tetteh who was his teammate at London 2012 Olympic Games.

“I lost at the Olympics as well and I couldn’t stop crying but I overcame it and built a career, it shouldn’t be a hindrance but it should be at the back of your mind to motivate you. You still have a long way to go so keep working harder, improving and trust me you will achieve all your dreams,” Dogboe stated.

He continued: “And to you Shakul too I know the pressure you may have been under because of your family. Your brothers Bastie and Issah they have been there, done that so many expected you to win a medal,” Dogboe told 22 year old Samed who lost to Bayram Malkan of Turkey via a second round technical knockout on his Olympic debut.

“They were mentioning your name all over the place and now I can tell you those same people will come for your head burt don’t let it get to you, don’t listen. Don’t worry because the experience alone is a big plus, all you have to do is learn from it and get better for the next challenge,” Dogboe urged.

Below are some more photos from the event:

One for the album: Team Black Bombers including Samuel Takyi with Alhaji Inusah, Isaac Dogboe, Alhaji Gruzah in a memorable pose