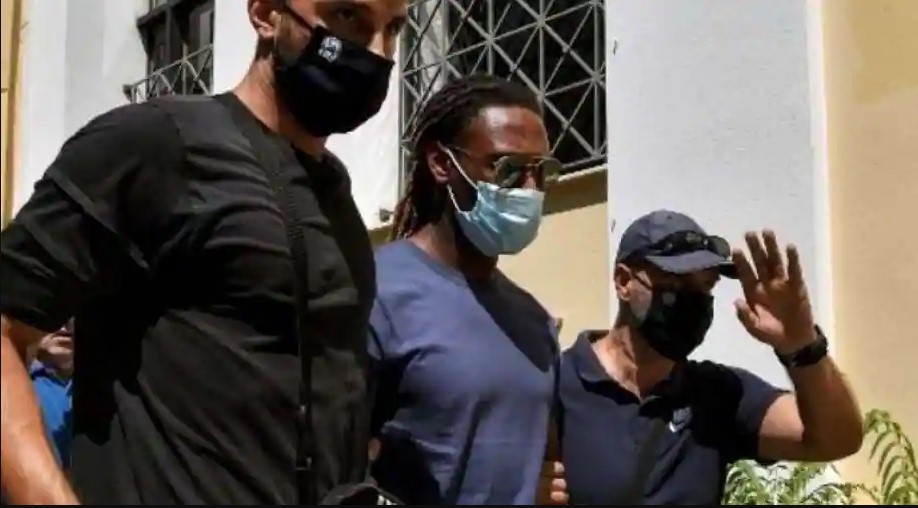 Olympiakos centre-back Ruben Semedo was released on 10,000 euros ($11,860) bail on Thursday after the Portuguese international was accused of rape.

The examining magistrate and the prosecutor agreed the 27-year-old, accused of the rape of a 17-year-old girl, could be released without any restrictive conditions, according to judicial officials.

Semedo, who made the last of his three Portugal appearances in November, was arrested on Sunday, after the teenage girl told police he, and a 40-year-old Nigerian man, who was arrested on Monday, had lured her back to his house and raped her.

The Sporting Lisbon academy product met the girl at a bar in the seaside town of Oropos for drinks on Saturday and then drove her to his home in the Athens suburb of Glyfada where the girl said she was raped.

Semedo testified in person to the examining magistrate on Thursday afternoon.

He denied the accusations, admitted he had sexual intercourse with the girl with her consent and he said he did not know her age, the judicial officials told AFP.

Semedo in court with his lawyer

“Do not worry my friends, you’ll see,” Semedo told reporters gathered outside the courtroom on Thursday.

Earlier in the day the 17-year old also testified in person, as well as the 40-year old Nigerian.

Greek champions Olympiakos said earlier this week they would take no action against the player, nor would they comment on the matter pending a judgement.

Semedo has recently been linked with a move to Porto or Torino.

He joined Olympiakos two years ago on a four-year contract from Villarreal.

He left the Spanish club after being convicted of attempted murder for which he was given a five-year jail term, but he avoided going to prison in exchange for an eight-year ban on entering Spanish territory under an agreement struck in 2020. He was also fined 46,000 euros ($54,550).