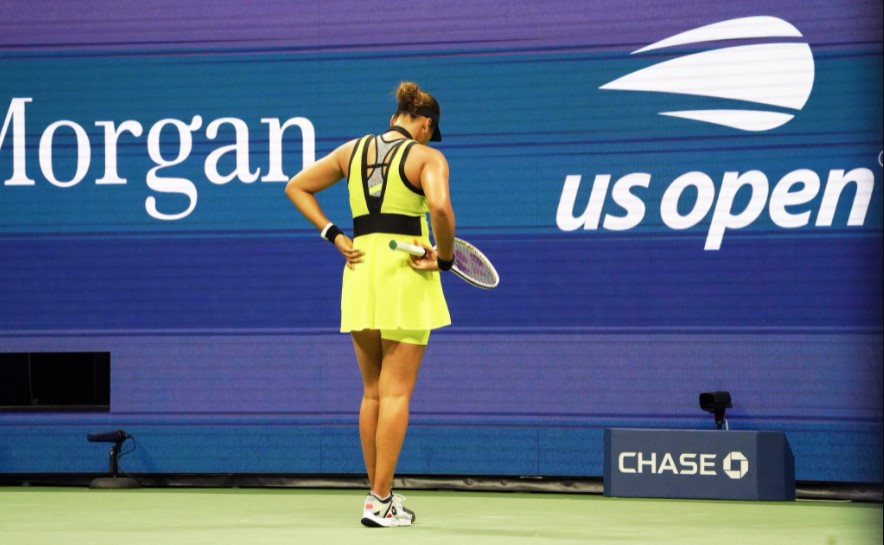 Just three rounds into the 2021 U.S. Open, the defending champion is being sent home.

Naomi Osaka was upset in the third round on Friday by 18-year-old Leylah Fernandez in what was arguably the most surprising result of the year. Fernandez came back to win in three sets, 5-7, 7-6 (7-2), 6-4, to move on to the fourth round.

For Osaka, the third-round exit is her earliest in a Grand Slam since 2016. Fernandez, who just picked up her first career WTA victory at the Monterrey Open in March, is playing in her second U.S. Open and just her seventh career Grand Slam. Prior to Friday’s win, she had never made it past the third round in a Grand Slam.

Fernandez pulled off the stunner by maintaining a break advantage while posting an 80% success rate in first serves. As the match went on, Osaka grew more inconsistent and made critical unforced errors to allow Fernandez to complete the comeback.

The road for Fernandez does not get any easier, as she’ll face No. 16 seed Angelique Kerber in the fourth round. Kerber, 33, has won three Grand Slams, including the 2016 U.S. Open, though she has not made it past the fourth round at this event since that victory.