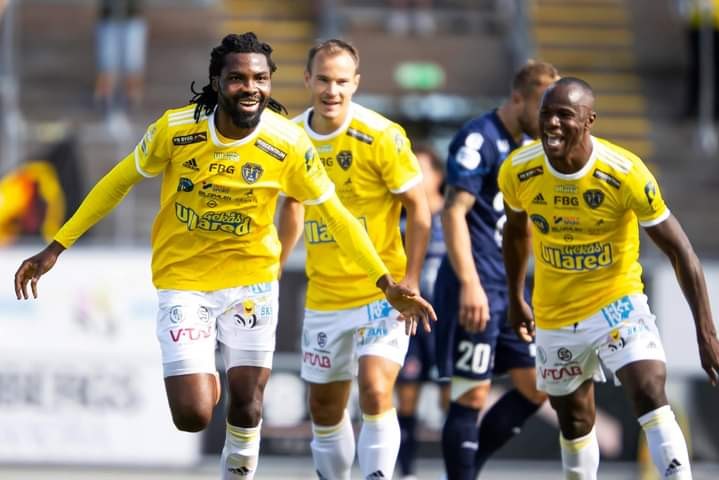 Former Hearts of Oak forward Kwame Kizito continued his scoring form in the Swedish Superettan on Saturday as he netted again for Falkenbergs FF.

Kizito was among the scorers for Falkenbergs when threw away a first half 3-0 lead to draw with Akropolis IF at the Falcon Alkoholfri Arena.

The Ghanaian attacker opened the scoring for the home side as early as the 12th minute when he was set up Nigerian forward Peter Nsima.

Melker Nilsson and Anton Wede scored in the 36th and 43rd minutes to increase the advantage for Falkenbergs before the break.

Marcus Burman reduced the deficit for Akropolis in the 68th minutes.

Two goals from Erik Figueroa and Christian Rubio Sivodedov in the last 12 minutes of the match ensured the visitors pick a point from the match.

Kizito, 25, has now scored 6 goals in 14 appearances in the Swedish second-tier this season.