Naomi Osaka Is Out at U.S. Open After Losing to Leylah Fernandez 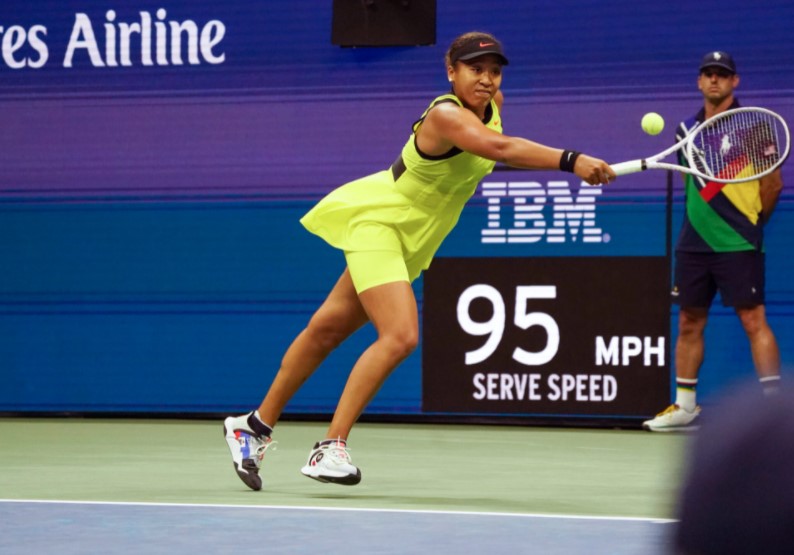 This was never the way it was supposed to go for Naomi Osaka, the biggest new star in tennis, whose fame, reach and success appeared to have no limits at the start of the year.

Since then, Osaka has experienced a series of setbacks and losses so overwhelming that she said after the latest one, on Friday night at the U.S. Open, that she did not know when she would play her next tennis match.

Osaka lost in three tight and unusually temperamental sets to a rising, unseeded 18-year-old Canadian named Leylah Fernandez in the third round of the Open that Osaka won a year ago.

Then, in her post-match news conference, she began to tear up, giving the world, through a small group of journalists and a bank of television cameras, another troubling portrait of the state of mind of a woman who would appear to have everything — money, fame, glamour, the admiration of millions of fans on multiple continents.

“How do I go around saying this,” Osaka began, choking back tears, but putting off a news conference moderator who tried to give her relief as she began to tear up. “I feel like for me recently, when I win I don’t feel happy, I feel more like a relief. And then when I lose I feel very sad. And I don’t think that’s normal.

“This is very hard to articulate,” she continued after collecting herself. “Well, basically. I feel like I’m kind of at this point where I’m trying to figure out what I want to do, and I honestly don’t know when I’m going to play my next tennis match.”

The prospect of Osaka stepping away from the sport indefinitely will undoubtedly send shock waves through the tennis-sphere. The daughter of a Japanese mother and a Haitian father who is a citizen of her native Japan, though she was raised largely in the United States, Osaka is the world’s highest-paid female athlete, one of the biggest celebrities in sports, and a quiet, powerful embodiment of a new generation of athletes who are unafraid to share their views on civil rights and social justice.

Just weeks ago, Osaka received one of the highest honors in all of sports — lighting the cauldron at the Olympic Games in her home country, where she has come to represent a new, multiracial future for Japan.

As it often can, though, all of that has come at a price that fans have become all too familiar with these days: an immense pressure to perform that can trouble a person of any age.

Osaka, 24, took a break earlier this year, when she dropped out of the French Open over a confrontation with tournament organizers over whether she would appear at her post-match news conferences, which she said caused too much mental anguish for her and her fellow players.

Her fellow players were largely sympathetic but did not follow her lead, and after she was fined for skipping her mandatory media duties, she defaulted her second-round match, telling the world she had been experiencing “long bouts of depression” since 2018 and would be taking some time to deal with her mental health. She skipped Wimbledon but returned for the Olympics, where she lost in the third round and did not win a medal.

Last month in Mason, Ohio, in her first news conference in three months, she lost composure and briefly left the room where the remote interview session was being conducted, after a question about how she could balance her resistance to news conferences with the fact that her outside interests benefited from the exposure she received from the media. She soon returned to the room.

Just days ago, on the eve of this U.S. Open, Osaka spoke of trying to find a new approach to life and tennis that centered on not beating herself up when things did not go perfectly and on celebrating small victories, even just getting out of bed in the morning.

After Friday night, it is clear that those efforts remain a work in progress, work that for the foreseeable future will take place elsewhere than the grueling, globe-trotting 11-month pressure cooker that is elite professional tennis.

In a summer and season of struggle for Osaka, and after losing in the third round of the U.S. Open to an unseeded teenager, it is difficult to imagine what comes next.

The upset, a 5-7, 7-6 (2), 6-4 victory for Fernandez, came on the same court where Osaka had become a global star by surprising Serena Williams to win the 2018 U.S. Open. Osaka has since won three more Grand Slam singles titles, including the one at last year’s Open.

The 73rd-ranked Fernandez, a quick and dynamic left-hander, had never faced Osaka, but she did not appear intimidated, clenching her fist after winning key points and often dictating play with her topspin forehand.

Osaka broke Fernandez’s serve at 5-5 in the second set with a backhand winner and then served for the match. She had not faced even a break point at that stage but was unable to close out the victory. Fernandez went on to win the first five points of the ensuing tiebreaker, prompting Osaka to hurl her racket to the court. Fernandez then evened the match at one set apiece.

“I guess I wanted to stay on the court a little bit longer, and I wanted to put on a show for everybody here,” Fernandez said in her post-match interview. “One hour was just not enough for me on court.”

Fernandez quickly took the lead in the third set by breaking Osaka’s serve again in the opening game, and though Osaka began to find her range in her own service games, she could not solve Fernandez’s slower left-handed serve.

Osaka did not hide her frustration. After Fernandez hit a net-cord winner in the second game of the final set to go up, 40-15, Osaka took hold of the ball and smacked it high into the stands, receiving a code-of-conduct warning for ball abuse.

“I’m really sorry about that,” Osaka said of her behavior. “I was telling myself to be calm, but I feel like maybe there was a boiling point. Normally I feel like I like challenges. But recently I feel very anxious when things don’t go my way, and I feel like you can feel that. I’m not really sure why it happens the way it happens now.”

Osaka compared her attitude on Friday to that of “a little kid.” But Fernandez, six years her junior, did not struggle to remain fully focused on the match. She faced no break points on her serve in the final set, and when it came time to serve for the most significant victory of her career, she held at love. At 30-0, she hit a terrific backhand drop-shot winner, and on Fernandez’s first match point, Osaka misjudged a forehand and hit it wide.

Arms up and smiling, Fernandez jogged forward to the net for the handshake.

“From the very beginning, right before the match, I knew I was able to win,” she said.

All three of Osaka’s defeats this summer have come against left-handers: Marketa Vondrousova at the Olympics, Jil Teichmann in Ohio and now Fernandez.

This was the first major upset of the U.S. Open women’s tournament, which, despite the depth of talent in the women’s game, had largely respected the seedings in the first two rounds. But Friday’s result was the latest setback for Osaka, the biggest star in the women’s game after Williams. Since winning the Australian Open in February, she has played sparingly and has not won another title or even reached another semifinal.

After defeating Marie Bouzkova in straight sets in the first round in New York, Osaka received a walkover in the second round when Olga Danilova withdrew because of illness.

But because of her lack of recent match play, the unexpected break did not turn out to be an advantage. “I think I would have preferred to play a match,” Osaka said.

Fernandez, brimming with energy and optimism, was able to capitalize.

“I wasn’t really focused on Naomi. I was only focused on myself, my game, what I needed to do,” she said. “Having the crowd there supporting me and backing me up after every point, it’s amazing. It gave me the energy to keep fighting, to keep working and keep running for those balls that she hit.”

It was a memorable evening for teenagers in Arthur Ashe Stadium. In the preceding match, Carlos Alcaraz, a dynamic Spanish 18-year-old, eliminated the No. 3 men’s seed, Stefanos Tsitsipas, in a momentum-shifting thriller that came down to a fifth-set tiebreaker. That was the final match of the day session, and when the arena had been cleared and the night-session crowd had taken their seats, Fernandez followed Alcaraz’s lead.