Ronaldo back in Manchester earlier than planned, Darren Fletcher meets him at airport 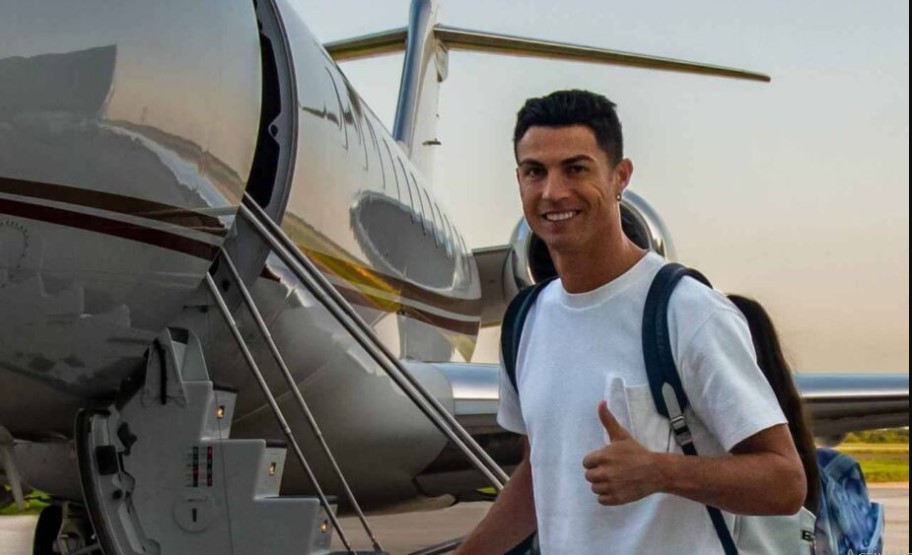 Cristiano Ronaldo has been greeted by familiar face on his arrival at Manchester airport.

Manchester United ‘s returning No.7 has cut his time on international duty with Portugal short following his suspension for their next World Cup qualifier.

Officially confirmed as a United player again on transfer deadline day, the five-time Ballon d’Or winner signed for Juventus for an initial £12.9million and the homecoming sent the football world into delirium.

Ronaldo only gave the Old Trafford faithful more reasons to be excited on Wednesday by scoring two late goals to not only give his nation a comeback victory over the Republic Ireland but also break the men’s all-time record for international goals as he hit his 110th and 11th strikes.

Ronaldo is back in Manchester earlier than planned (Manchester United)

Now back in Manchester as a Red Devil 12 years after leaving for Real Madrid in a then world-record £80million deal, the 36-year-old was greeted by a former teammate involved in the club’s hierarchy.

Technical director Darren Fletcher, who played alongside Ronaldo for all of his six years in England, was there to greet him and his family upon touch down.

Manager Ole Gunnar Solskjaer and assistant boss Michael Carrick also played with the superstar during his time tearing up the Premier League, so Ronaldo will feel quite at home on the football side of things in and around the Carrington training complex.

His early return could also put him in line to make his debut next Saturday when Newcastle visit Old Trafford, a favourite opponent of Ronaldo’s during the late 2000s.

The three-time English title winner recently gave an interview to the club’s website to discuss his emotional homecoming.

“I think it’s the best decision that I have made it. It’s right on point in my opinion,” Ronaldo stated.

“I moved from Juve now to Manchester, it’s a new chapter, I’m so happy and glad, and I want to carry on again, to make history, to try to help Manchester achieve great results, to win trophies and number one of them, to win great things.”

As the move happened quickly during the final days of the window, the Portugal captain has understandably not had time to sit down and chat at length with Solskjaer, but has spoken to his new boss.