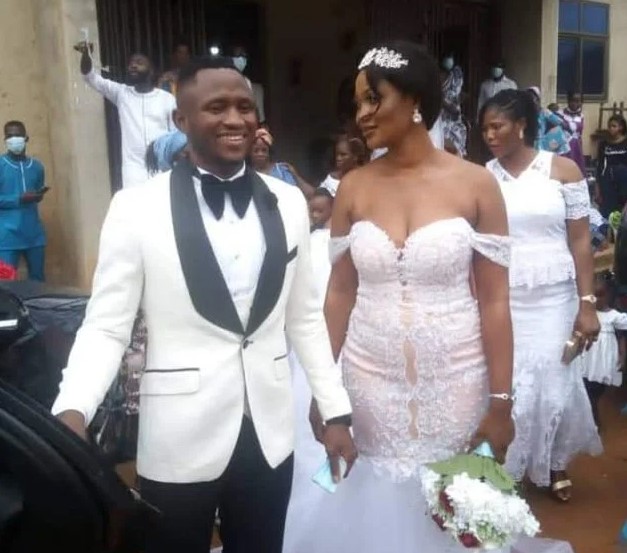 Algeria-based Ghana striker Joseph Esso has married his longtime girlfriend in a beautiful ceremony that took place in Accra on Saturday.

Esso and Mary Lilian Dodoo tied the knot at the Church of Pentecost in Pokuase.

The event was well attended by members of the football fraternity and his former teammates.

The former Hearts of Oak and Dreams FC forward landed in Ghana a few days after an excellent debut season in Algeria.

He scored seven goals for MC Alger in the Algerian Ligue 1 despite joining the in the middle of the season.

The 24-year-old joined Maloudia in a three-year deal after impressing for Dreams with 11 goals.