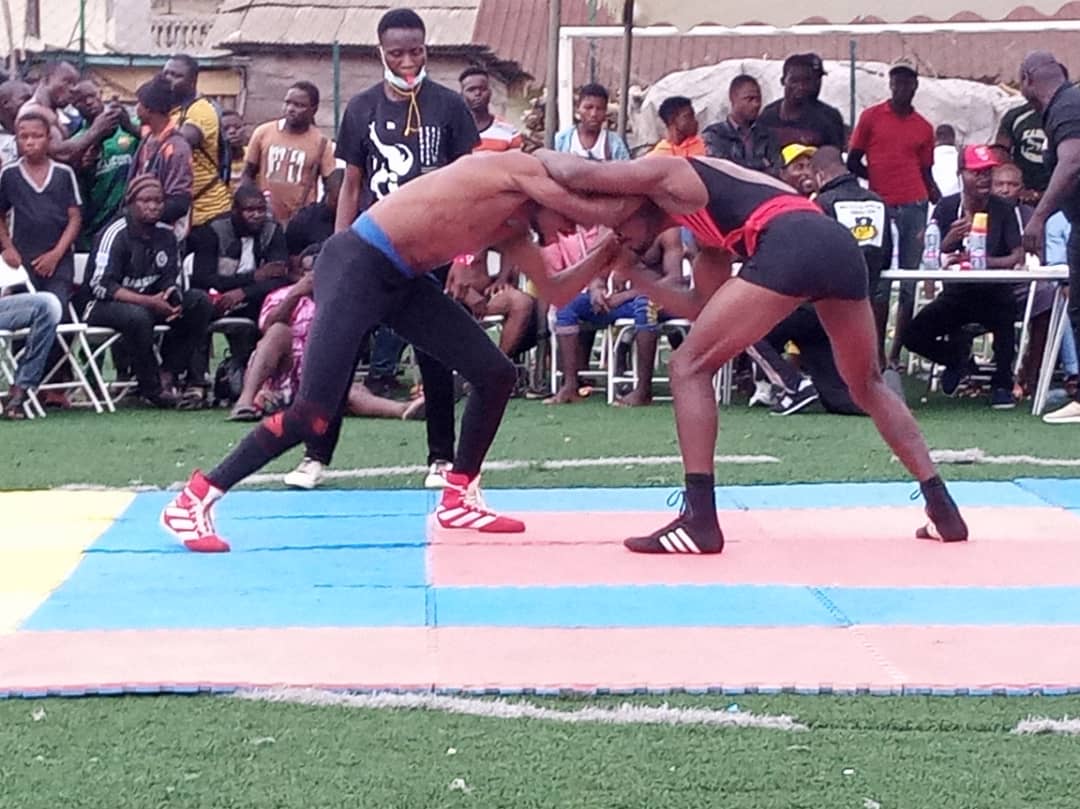 About 80 wrestlers from Volta Region, Tema and Accra battled for honours at the Greater Accra championship held at exquisite  Bukom Park in the Ghana capital on Saturday.

Organised by the interim Greater Accra chairman, Nii Ayitey, winners in various categories after a hard day of wrestling received various prizes including medals and certificates.

In the event, Richard Nyamador emerged the gold medal winner in the 78 kg division, Mamudu Awudu won silver for finishing runner-up whilst the bronze was earned by Abraham Adjei.

Gold for 100+kg category of the Greater Accra Region was taken home by Fuseini Isah with Maxwell Amekudzi collecting the silver.

Mamudu Nemela finished top of the podium in the 86 kg division, beating John Dekagbe into the silver medal position whilst renowned kickboxer, Jonathan Euro went home with the bronze.

Below are some photos from the event: