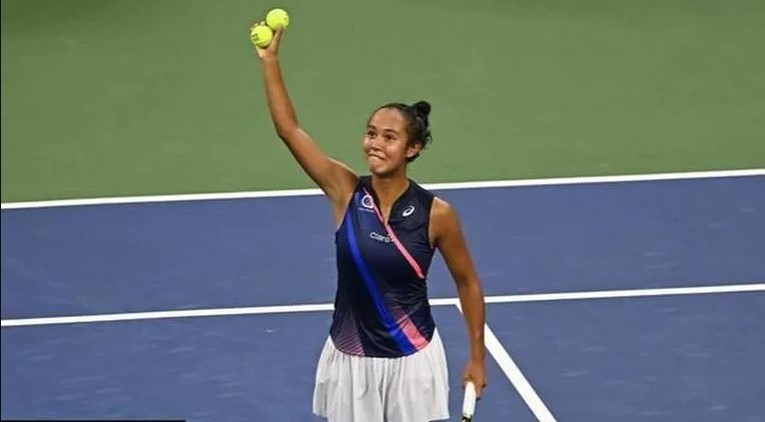 Leylah Fernandez’s fairytale run at the US Open 2021 continued after she knocked out former US Open champion Angelique Kerber in the fourth round of the tournament.

The Canadian rising star defeated 2016 champion Kerber 4-6, 7-6, 6-2  to advance to the quarterfinal round of the Grand Slam event for the first time. Before beating Angelique Kerber, Leylah Fernandez had knocked out defending champion Naomi Osaka in the third round.

Just like in her third-round match, Fernandez did not have a great start against Kerber, losing the opening set 4-6 at the Louis Armstrong Stadium. However the Canadian changed her gear in the second set just like she had done in her previous match. Fernandez trailed Kerber 2-4 but started to get the crowd on her side by playing impossible-angle groundstrokes. The 18-year-old then went onto claim the set 7-6 to set up the match for a grand finish.

In the last set, Kerber held a breakpoint with a chance to go up 3-1. Fernandez erased that chance with a cross-court forehand winner. Post that effort, Fernandez did not allow Kerber to make a comeback and went onto claim the set 6-2, securing her ticket to the next round. Fernandez, who had previously reached the third round at a major tournament only once until now, will now face World No. 5 seed Elina Svitolina in the quarterfinals.

Leylah Fernandez reveals the secret to her success

Following the victory in the fourth round match, Fernandez mentioned that there are two things behind the secret to her success. The first is her ensuring that she enjoys her time in court, and the other is the support she receives from her family, including her father, who is from Ecuador, her mother, who is Filipino Canadian, and her sisters who “have definitely kept the joy for me.”

The rising tennis star credited her father and her fitness trainer for her success. She said, “You can’t take things too seriously, you’ve got to be mature but at the same time just be a kid, let loose, have fun, eat chocolate when you want to, and just have fun, watch movies, go past your bedtime.”