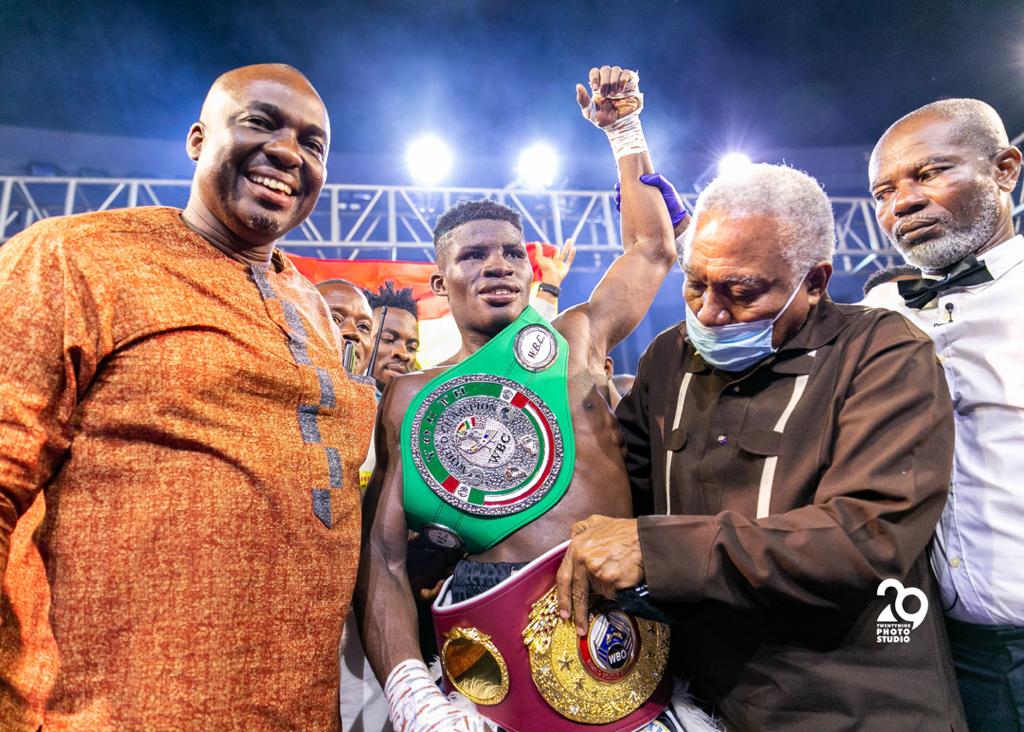 A young and sensational Alfred Lamptey from Ghana becomes the new WBO Youth and WBC Youth Silver Super Featherweight champion of the world by stopping Iddi Kayumba of Tanzania in the 10th and last round of their big fight last Saturday night in Accra.

Alfred Lamptey who dominated the fight from early rounds was in full confidence as he dropped his opponent to the canvas in the second round before the international referee Roger Barnor, nowadays also the 2nd Vice President of Ghana Boxing Authority (GBA) had to step in to do the count for the strong Kayumba who survived as he did all night until the very last round.

The young and vibrant Alfred thrilled fans at the Bukom Boxing Arena with his spectacular performance on the night fighting from both angles switching between his traditional orthodox and southpaw stances throughout the fight.

The Tanzania opponent though was not giving up easy as he kept standing tall even as he kept receiving countless barrage of punches from Lamptey without reply but it got worse in the 10th and last round, and the referee had no choice than to step in and stop the fight.

Other action on undercard of the fight night promoted by Alex Ntiamoah-BOakye’s Box Office Sports Promotions were Henry Malm, a debutant who stopped his opponent, Henry Ashie in the first round as well as Michael Abban who also stopped his opponent in a super flyweight contest.

Prince ‘Octopus’ Dzanie stops Sherif Karim via a round 5 TKO whilst another teenage sensation, Mohammed Aryeetey also won on the night by a round 4 TKO against Marvelous Dodoo.

Michael Dicardi Nelson knocked out his opponent, Amartey Tagoe in round three of their scheduled 6-round Bantamweight contest.