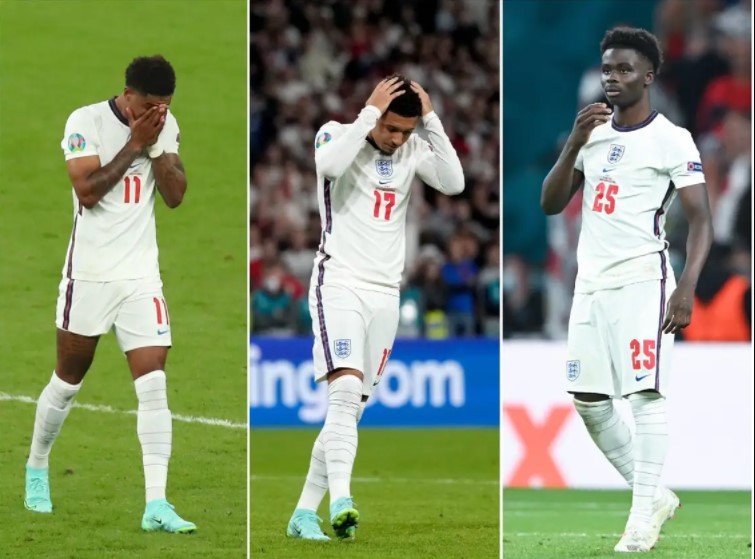 A 43-year-old man, who has become the first person in the UK to be convicted for posting a racist message on Facebook directed towards specific England players following the Euro 2020 final, has been given a suspended prison sentence by Warrington magistrates today.

McCluskey of Blyth Close, Runcorn, was sentenced to 14 weeks in prison suspended for 18 months. He was also handed a 40-week curfew and ordered to complete up to 30 days of rehabilitation.

During questioning McCluskey told officers he posted the message following the match between England and Italy on Sunday 11 July.

He claimed that he thought it would make people laugh and did not realise that people may find it offensive.
McCluskey stated that he deleted the message after around 10 minutes after receiving a number of comments.
Chief Inspector Leeroy Moss, head of Runcorn Local Policing Unit, said: “Everyone is responsible for what they do and say, and posting a message on social media is no different.

“McCluskey’s comments were clearly racist and included a number of emojis which were directed towards specific England players.

“Thankfully the message was reported to us within hours of being posted and a full investigation took place.

“Hate crimes and online abuse are heinous crimes, which can have a significant impact on the people targeted and also our wider communities.

“As this case demonstrates, we treat this sort of offending extremely seriously and will do everything we can to ensure that those responsible are held accountable for their actions.”

Warrington Magistrate Court where the ruling was delievered

Mark Roberts, Chief Constable of Cheshire Constabulary and the NPCC Lead for football policing, added: “McCluskey is the first person in the UK to be convicted in relation to the racist abuse posted after the Euro 2020 final and I hope that his conviction acts as warning to others. I’m pleased to see Cheshire leading the way in this regard and I know there are many others in the pipeline.

“The racial abuse aimed at our players following that game was totally abhorrent and quite rightly it shocked and appalled people across the country.

“Those in the England team were true role models throughout the tournament, conducting themselves with professionalism and dignity and they did not deserve such vile abuse.

“I want to make it clear to anyone using social media that you will be held accountable for what you post, you cannot simply hide behind a computer screen, or use pseudo names to conceal your identity.

“This prosecution is not the end, the UK Football Policing Unit will continue to work closely with social media platforms to trace those responsible for the utterly vile messages and ensure that they will all be held responsible.”

Anyone who has been a victim, or witness of hate crime, is urged to contact Cheshire Police on 101 or visit https://www.cheshire.police.uk/tv/true-vision-report-hate-crime/ .