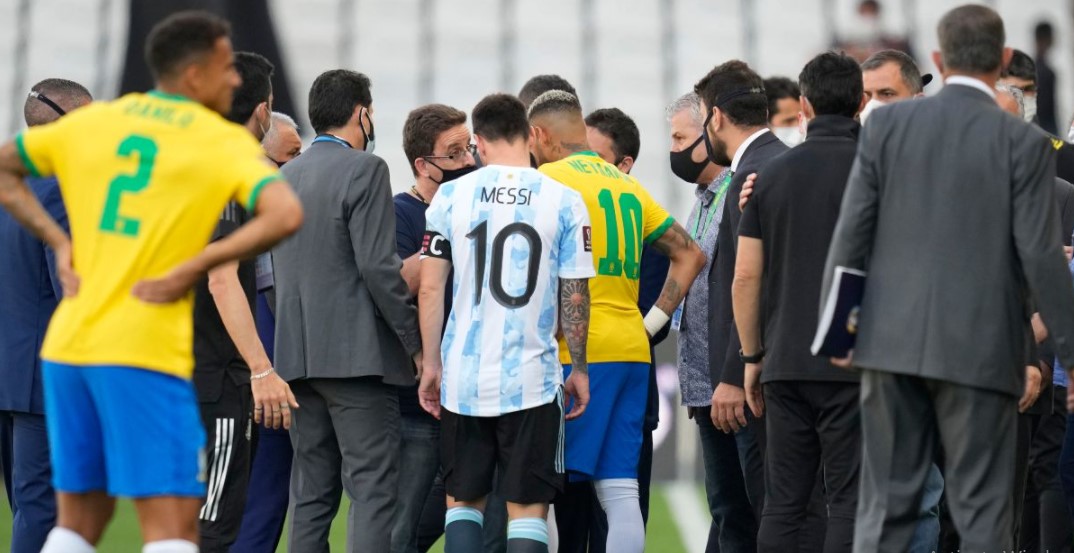 FIFA have confirmed it has opened an investigation into the abandonment of the World Cup qualifier between Brazil and Argentina.

Seven minutes into the game, Brazil health officials entered the field of play as they claimed four Argentina players had broken quarantine rules.

The players have not been named, but are widely believed to be Emiliano Buendia and Emiliano Martinez of Aston Villa, and Giovani lo Celso and Cristian Romero of Tottenham.

Brazil’s Covid quarantine rules state that anyone entering the country from the UK must quarantine for 14 days, and the health department said four players had not followed protocols.

FIFA has received initial reports from match officials and an investigation has been opened.

“Following the analysis of the official match reports related to the World Cup qualifier between Brazil and Argentina, FIFA can confirm that disciplinary proceedings have been opened involving both member associations,” a statement from FIFA read.

The governing body added that it regretted the events in Sao Paulo on Sunday, as they robbed millions of viewers the chance to see one of the glamour games on the football calendar.

“FIFA regrets the scenes preceding the suspension of the match between Brazil and Argentina which prevented millions of fans from enjoying a match between two of the most important football nations in the world,” world football’s governing body added.