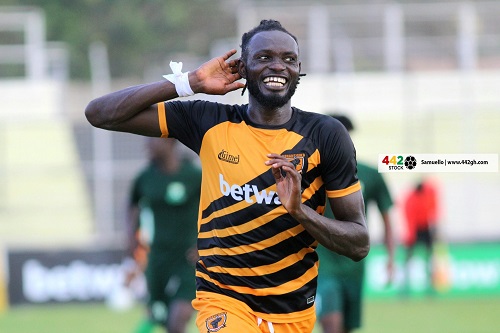 Ashantigold SC will be without top attacker Dacosta Boadu going into the next Football season after the player and Club reached an agreement to mutually end their relationship.

Sources within the club say the Player proposed the deal to end his contract with the Obuasi base club after only one season for lack of game time.

The Sharp shooting lanky attacker joined the miners from Sudanese side Al Khartoum following a few years stink with that club.

Dacosta Boadu made only 7 Appearance during the 2021/22 season, scoring 4 goals , and one man of the man award to his credit, the more than 6 foot tall player was also voted player of the week by the former Ghana Champions.

Boadu is currently free, and sources say some few Ghanaian club have started engaging him for his services.