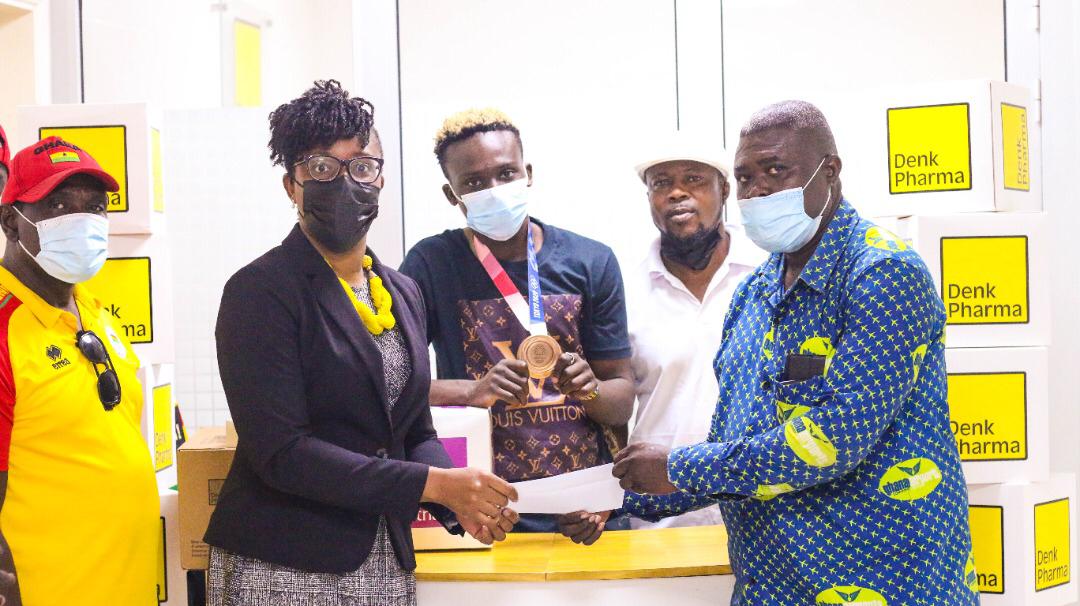 Takyi emerged a bronze medalist in the men’s featherweight division at the 2020 summer Games to end Ghana’s Olympic medal drought since Barcelona Olympic Games in 1992.
The Country Manager of Denk Pharma Ghana, Naa Okailey Adamafio-Manteau, presented the package which included a pair of retro leather boxing gloves autographed by the legendary Ike “Bazooka” Quartey, and selected products from the Denk Nutrition portfolio plus the cash donation to the Ghana Boxing Federation (GBF) on the boxer’s behalf.
She said, “Samuel Takyi’s accomplishment was a matter of immense pride for every Ghanaian and the medal was evidence of Samuel’s hard work, dedication and determination to succeed.”