GFA to decide on Coach CK Akonnor’s future on Friday 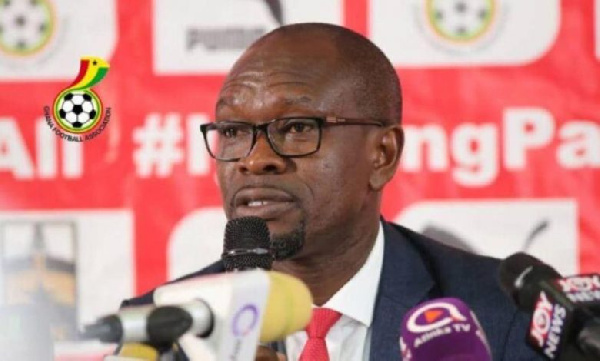 Charles Akonnor was dismissed as Ghana coach on Monday

The Ghana Football Association will decide on the future of Black Stars coach Charles Kwablan Akonnor on Friday at its emergency meeting.

A meeting has been scheduled to review the performance of the Black Stars in their last two games in the 2022 FIFA World Cup qualifiers and the way forward for the team.

Ghana picked three points out of a possible six after beating Ethiopia at the Cape Coast Sports Stadium in the World Cup qualifiers.

team lost to Bafana Bafana of South Africa in the second game in Johannesburg on Monday by a lone goal.
Ghana coach CK Akonnor has come under serious backlash from the fans following the abysmal performance of the team in the two games.

The Stars exhibited a lackluster performance against South Africa failing to record a shot on target throughout the games.

This has led to calls for the Coach Akonnor to be sacked which will be determined by the Ghana FA Executive Council at the meeting on Friday.

Ghana FA Executive Council member Randy Abbey in an interview with the media confirmed a meeting will be held to review the performance of the team.

“We went to play a match and it did not go well with us and the team arrived on Tuesday,”

“The GFA has fixed Friday for a meeting so what is the big deal about it?

“Everybody has the chance to discuss the game and nothing stops anybody from discussing the game but nobody can rush the Ghana Football Association [GFA] into doing anything.

“People must take their time and cool heads must prevail. We have to take our time and analyze the situation properly.

“It is not a panic situation and nobody should press the panic button,” he added.

Ghana will face Zimbabwe in a double header on October 6 in Ghana, and on October 10 in Zimbabwe.