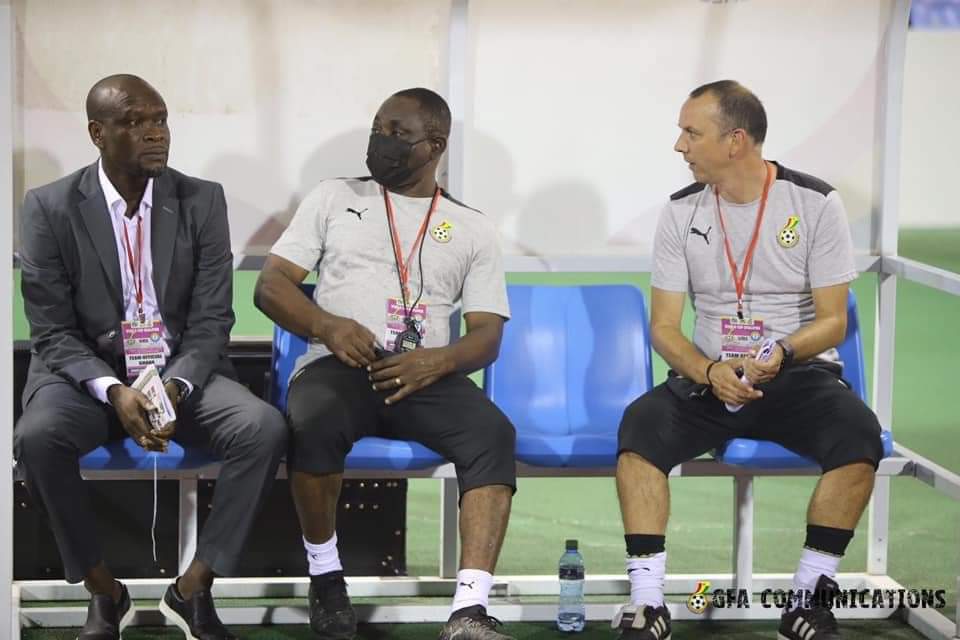 Ghana has suffered some poor results in recent months, including a 1-0 defeat to South Africa in a FIFA World Cup qualifier on Monday.

The poor results have been coupled with underwhelming performances which have put the future of Akonnor in question.

According to Nii Lante Vanderpuye, the problem of the Black Stars also includes the technical staff and not just Akonnor, and would have sacked them all had he been GFA boss.

“I hear Akonnor isn’t the only problem. People are pushing for their players to be in the team.

”In the middle of a WorldCup Qualifying series isn’t the ideal time to change a coach,” he told Accra based Starr FM.

“But I’m radical. If I was the GFA Boss, I’d sack the entire technical team, not Akonnor alone,” he added.

Ghana will face Zimbabwe in a double header on October 6 in Ghana, and on October 10 in Zimbabwe.