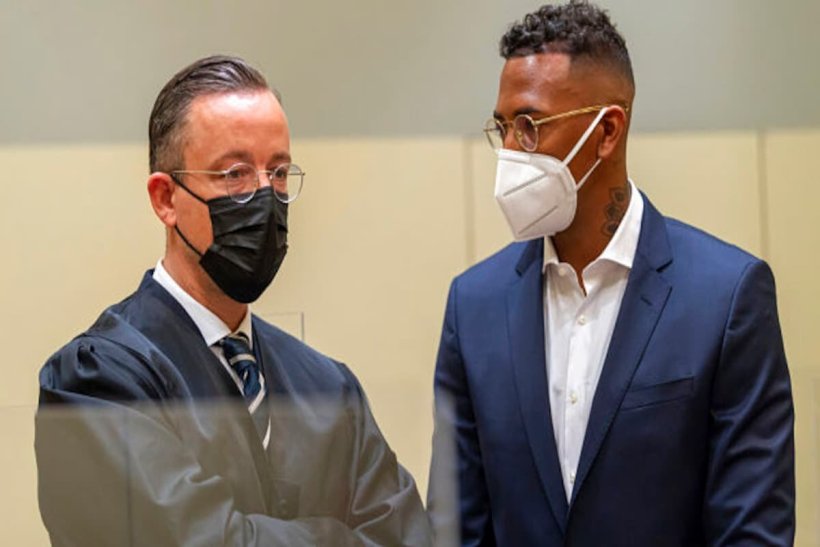 Germany’s 2014 World Cup winner Jerome Boateng was on Thursday fined 1.8 million euros ($2 million) by a court in Munich after being found guilty of assaulting his former partner.

The 33-year-old, who signed for French club Lyon last week after a decade at Bayern Munich, was convicted of assaulting the mother of his twin daughters during a Caribbean holiday three years ago.

Wearing a dark suit and white shirt, the burly 33-year-old defender gave his version of events as he testified for almost two hours in Munich regional court.

Boateng disputed accusations from his ex-girlfriend, named as Sherin S, who told the court he punched her, causing her to lose her breath for a moment during a heated argument while the pair were on a Caribbean holiday with their daughters in July 2018.

The incident happened in the weeks after the World Cup in Russia, when Boateng was in the Germany squad which was knocked out early after the group stages.

Tensions were said to be running high between the former couple, who disagreed over living arrangements as Boateng chased a high-profile transfer to Paris Saint-Germain, which never materialised.

The footballer insisted he had “not become violent” after the argument broke out over a game of cards and denied attacking his former girlfriend, who he claims punched him several times, injuring the lip.

‘Bit me in the head’

On the night of the alleged attack, his former partner told the court that Boateng “pressed against my eye with his thumb, bit me in the head and pulled me to the floor by my hair”.

She alleges that Boateng, who is 1.90 metres (six foot two inches) tall, repeatedly insulted her and hit her on the back with “one strong punch and several light punches. That’s when I lost my breath for a moment”.

Boateng and his ex-girlfriend are also locked in an ongoing legal dispute over custody of their twin daughters, who currently live with the footballer.