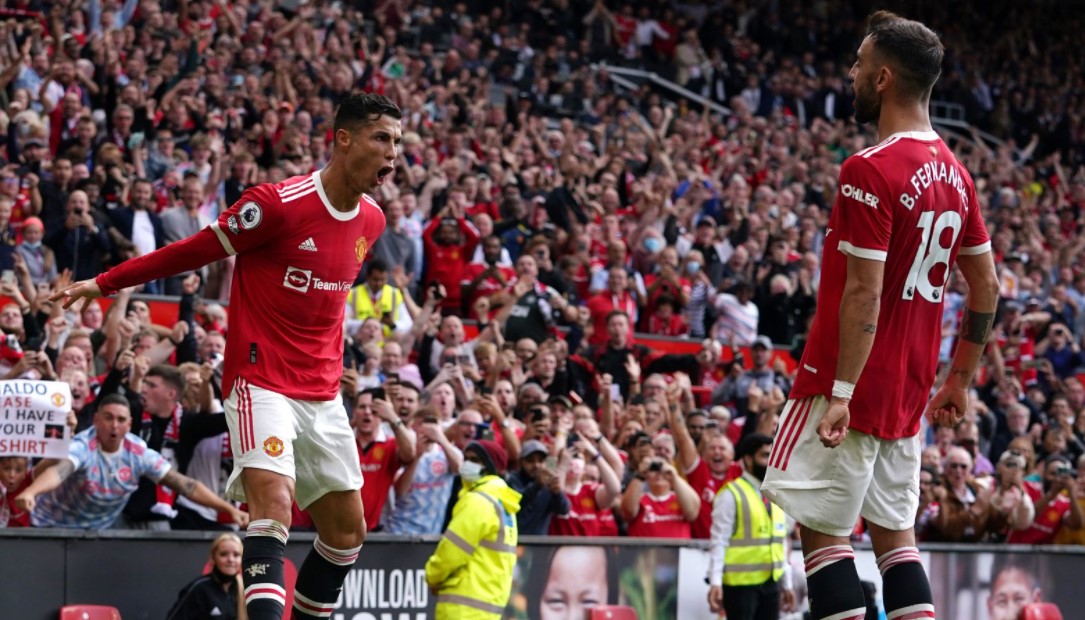 Cristiano Ronaldo scored twice for Manchester United in his return to Old Trafford as they beat Newcastle 4-1.

It took the 36-year-old 47 minutes of the first half before he found the back of the net for his former club to give them the lead.

Newcastle’s Javier Manquillo levelled the score with his first goal for Newcastle only for Ronaldo to give United the lead again in the 62nd minute.

Bruno Fernandes scored a stunning long-range shot from outside the box which curled into the top corner. Substitute Jesse Lingard scored the fourth on the brink of full-time.

The win has put United top of the table with 10 points. Newcastle, however, remain in the relegation zone having picked up one point in four games.

How Ronaldo won it against Newcastle

The anticipation made for a frenzied atmosphere long before kick-off and it was no surprise that the early opportunities fell to the returning forward as the home side pushed hard.

Ronaldo could not quite bring down one opportunity and then dragged another wide of the near post to the delight of the Newcastle supporters at that end of Old Trafford.

The pressure was constant in those opening minutes, the noise reverberating around the ground, but Steve Bruce’s side mustered enough counter-attacks to keep it interesting.

Indeed, they stifled Manchester United for much of the first half, restricting them to headers from corners – Raphael Varane directing one effort just wide – and long shots.

Paul Pogba and Fernandes tried to provide the prompting with Jadon Sancho and Mason Greenwood looking a little subdued as they searched for space.

That was until Greenwood cut inside from the left and fired off a hopeful shot that Freddie Woodman should have dealt with only for the goalkeeper to spill the ball.

There was Ronaldo, well onside and reacting quicker than the defenders, to stab the ball into the net and treat his adoring crowd to that trademark goal celebration.

Woodman had felt the ire of the crowd from very early on as he delayed his kicks but that changed the mood, the joy mixed with relief. It did not last long though.

Cristiano Ronaldo’s selection was the big news at Old Trafford as he took the place in attack vacated by Daniel James. Nemanja Matic was recalled to the team in midfield.

The loss of Callum Wilson to injury forced Steve Bruce to turn to Joelinton in attack, while Isaac Hayden dropped into the back line with Federico Fernandez reverting to the bench.

While Ole Gunnar Solskjaer’s side continuing to be restricted to crosses and long shots against Newcastle’s deep defence, the danger of the counter-attack never went away.

The impressive Miguel Almiron was the architect of the equaliser, breaking free in the left channel before finding Allan Saint-Maximin who tapped the ball onto Manquillo.

The wing-back had covered the length of the pitch to provide the overlapping run and found the finish to match his endeavour. Old Trafford was stunned. The away fans jubilant.

There were some groans from the crowd at that point. Enter Ronaldo.

When Luke Shaw ran at the Newcastle defence, he was able to prod the ball into the path of the veteran as he raced towards the Stretford End in that favoured left channel.

The left-footed shot was not perfectly struck but it was on target. Woodman again might have done better it. No matter. This was Ronaldo’s moment. Another Ronaldo moment.

This was not a good team performance by Manchester United, the goals from the returning star masking a less than fluid effort, and David de Gea still had work to do at the other end.

But Fernandes capped the afternoon with the best strike of the game, capitalising with a long-range effort as the Newcastle defence backed off him. And when Lingard finished off an excellent team move in stoppage time, it was a reminder that this club will always be about more than one man.

But this was Ronaldo’s day. He was, as so many times before, the difference-maker.