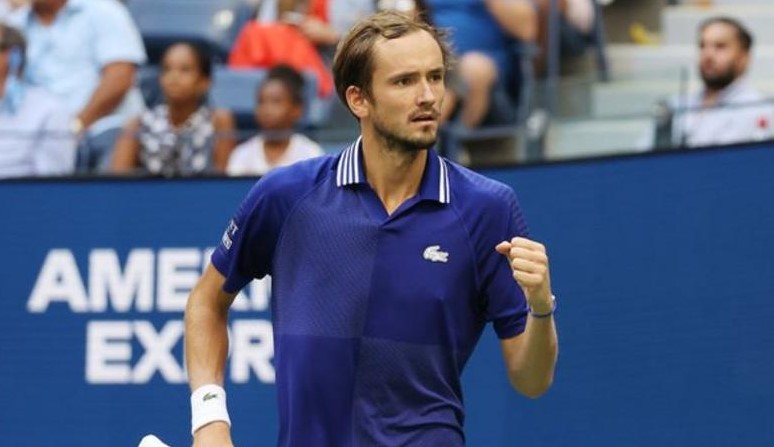 Medvedev fought back from a break down in the second set to triumph 6-4 7-5 6-2 on Arthur Ashe Stadium.

He will face Serbian world number one Novak Djokovic or German fourth seed Alexander Zverev for the title.

Medvedev will contest his third Grand Slam final on Sunday, having lost the 2019 final at Flushing Meadows to Rafael Nadal and the Australian Open final to Djokovic in February.

The 25-year-old, who has won titles on the hard courts in Marseille and Toronto this year, conceded his only set of the tournament during his four-set win over Dutch qualifier Botic van de Zandschulp in the previous round, during a largely trouble-free run to the final.

Medvedev ominously broke to love in the seventh game of the opening set against Auger-Aliassime, choosing his moment to apply pressure and put his 21-year-old opponent on the back foot.

The set – and a chance for the Canadian to level the match – unravelled from there.

Twice unable to convert at set point, Auger-Aliassime was punished by Medvedev, who broke back and rattled through four successive games to abruptly end his opponent’s momentum and take a two-set lead.

After an opening hold of serve in the third set, the 12th seed’s challenge capitulated as the world number two claimed another double break to cruise into a 5-1 advantage before wrapping up another commanding victory on serve.