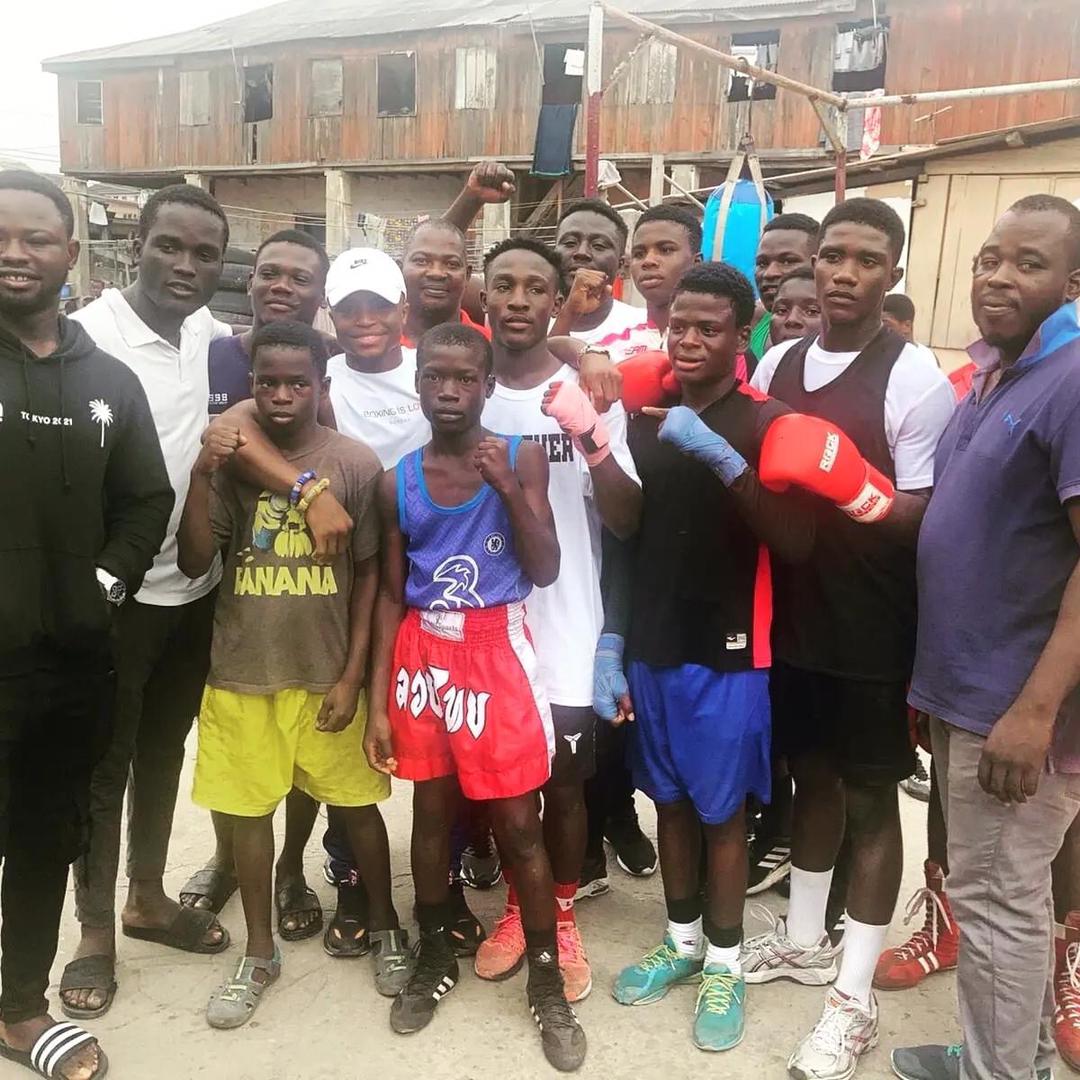 Former WBO junior featherweight champion of the world, Isaac ‘Royal Storm’ Dogboe in his new role as brand ambassador of US based foundation called Boxing Is Love who in partnership with a Switzerland based club named Boxclub Root have initiated  philanthropic gesture to help some boxing gyms in Accra, Ghana with equipment and technical support.

In line with this, the soon to be 27 year old Dogboe visited the famous Akotoku Boxing Academy last Friday, September 10 to interact with the trainers and upcoming boxers but most importantly reveal the plans his American and Swiss partners, promising to return with a full package by December.

Dogboe with some of the young boxers at the Akotoku Gym including Tokyo 2020 Olympian, Shakul Samed

“The plan is to come back by the end of the year with the team to give the clubs some boxing equipment because already talent is here in Accra, Ghana and our aim is to help empower these and other upcoming boxers, both amateurs and professionals,” said the former world champ.

Dogboe was also full of praise of some juvenile boxers who had an intense sparring before him at the Akotoko gym and took time to share his thoughts and boxing IQ with them. he also advised them to also take education seriously because that’s the key to success.

Akotoku Boxing Academy and Powerful Boxing Gym, both in Accra are the two clubs that Boxing Is Love (America) and Boxclub Root (Switzerland) are partnering to help and which will bring benefit from their donations when they do return at the end of the year.