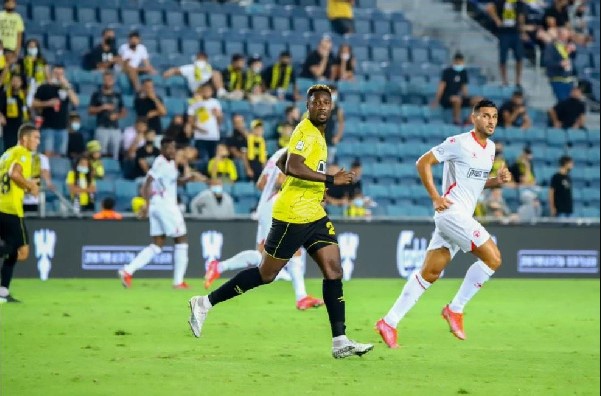 Ghanaian forward Richmond Boakye-Yiadom scored his maiden goal for Beitar Jerusalem in the Israeli Ligat Ha’al in the Jerusalem derby on Monday.

Boakye-Yiadom found the back of the net as Beitar thrash Hapoel Jerusalem 3-0 at away in a 2nd round fixture of the Israeli top-flight.

Adi Tamir opened the scoring of the match at the Teddy Stadium in the 20th minute with a fine finish.

Boakye-Yiadom doubled the advantage for the visitors just ten minutes after recess with a very good goal.

Young defender David Houja sealed the victory for Beitar with his goal in the 67th minute of the encounter.

Ghanaian winger Edwin Gyasi lasted the entire duration of the match for Beitar whereas midfielder Cletus Nombil came on at the start of the second half for Hapoel.

Boakye-Yiadom has scored once after two appearances in the Israeli league since the start of the 2021/2022 campaign.